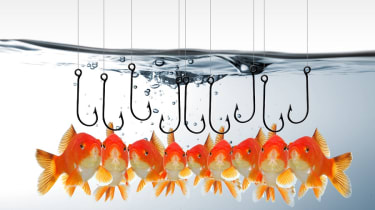 Following the vote to leave the European Union, cyber security company Symantec reported an increase of almost 400 per cent in the number of spam emails featuring 'Brexit' in the subject line.

Independent sources in the IT industry have independently confirmed the trend, telling IT Pro that enterprises are also being targeted, with a significant number of employees receiving and opening the malicious emails.

"Scammers and spammers are constantly devising new e-mails and weaving current events to play on emotions, and the marked increase in Brexit-related spam does not come as a surprise considering the high international attention it is receiving."

Phishing emails commonly use psychological tactics in order to get people to open them. They are often labeled as classified corporate secrets, for example and scammers have also been known to use major events like the Olympic Games in their emails.

"Threats such as spam, phishing, and malware that surf on major current events to try to scam people out of money continue to be a lucrative method used by cybercriminals to entice consumers and organisations to share sensitive or financial information," Coogan said.

"If you don't know the sender," he advised, "don't open the e-mail, don't click on the links within them and don't open the attachments."