The flaw could allow hackers to remotely install malware in devices 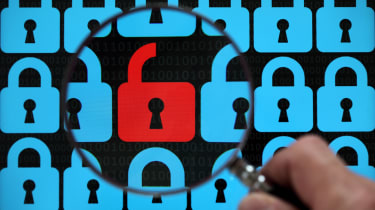 A vulnerability in Xiaomi's MIUI platform could allow hackers to break into devices and install malware remotely, IBM researchers have discovered.

The flaw was found in multiple applications within Xiaomi's analytics package, which forms part of its custom-built Android operating system. These applications, including the built-in browser app, could be targeted by a man-in-the-middle attack, which means remote hackers can run code at the system level.

"This attack also involved code injection inside of the update framework. These attack vectors are not new and have been previously disclosed in other platforms," IBM said.

When the program had determined which version of the firmware the device is running, it would then download and execute the Android application package to the file system within the local application sandbox context, where it is loaded by the host application and executed.

In a blog post, IBM explained the flaw had been remediated by Xiaomi from MIUI Global Stable version 7.2, but users should still update their devices as soon as possible, to eradicate the issue completely.

"Developers should take care to only transact code-related data over a verified, secure transport with certificate pinning such as TLS. Additionally, the code itself should be cryptographically signed and properly verified by the host application prior to execution," Roee Hay, X-Force application security research team leader at IBM said.

"Furthermore, we believe that a discussion should take place as to whether any application should have the ability to execute unsigned code via DexClassLoader, dynamic library injection or any other method on the Android platform."

The company said it would like to commend Xiaomi's security team for responding quickly to the threat, saying that within days of the disclosure, the vulnerability was confirmed and classified and IBM was provided with details of when a fix would be delivered.