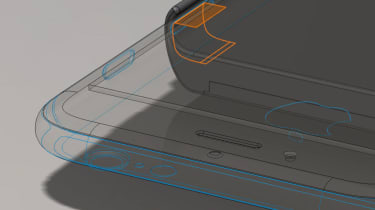 Edward Snowden and Andrew "Bunnie" Huang have joined forces to build an iPhone case that keeps the handset from leaking its location details.

The infamous whistleblower and hardware hacker paired up to research ways to keep journalists, activists and other vulnerable people from being ratted out by their own devices leaking their location.

"This work aims to give journalists the tools to know when their smartphones are tracking or disclosing their location when the devices are supposed to be in airplane mode," their report said. "We propose to accomplish this via direct introspection of signals controlling the phone's radio hardware."

The research particularly highlighted reporter Marie Colvin, who was killed in Syria in 2012. The Syrian government is being sued following accusations it deliberately targeted her, with the lawsuit saying her location was partially revealed via her phone.

Snowden himself told journalists meeting him to hear about the NSA leaks to put their phones in the fridge to avoid spies.

Dubbed an "introspection engine", the device will attach to a smartphone via a case, sniffing for interference.

"Malware packages, peddled by hackers at a price accessible by private individuals, can activate radios without any indication from the user interface," the duo said in their report. "Trusting a phone that has been hacked to go into airplane mode is like trusting a drunk person to judge if they are sober enough to drive."

Instead, the research suggests external hardware is the answer, as it won't be affected if your phone has been hacked. "The core principle is simple: if the reporter expects radios to be off, alert the user when they are turned on," the paper added.

Alongside watching over signal sniffing, the introspection engine could also have a physical block for the camera lens and an extra battery to keep your iPhone running longer.

Supported by the FPF, the researchers are hoping to build a prototype device over the next year in the hopes of getting the case to journalists as soon as possible.

Huang also revealed today that he's working with the Electronic Frontier Foundation to sue the US government over the anti-circumvention section of the Digital Millennium Copyright Act. "Section 1201 means that you can be sued or prosecuted for accessing, speaking about, and tinkering with digital media and technologies that you have paid for," he said.