Company will offer a maximum reward of $200,000 for flaws in its security 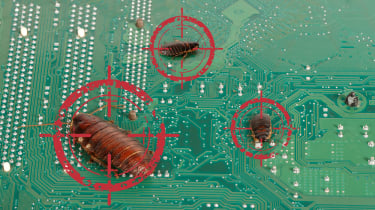 Apple has finally announced the creation of a bug bounty programme, in order to let external researchers patch up any holes in its security.

The company will pay security experts up to $200,000 (153,400) for flaws in its secure boot firmware, up to $100,000 for flaws exfiltrating confidential data from the secure enclave processor, and up to $50,000 for flaws executing arbitrary code with kernel privileges on iOS.

The news was announced at the annual Black Hat security conference by Ivan Krsti, Apple's head of security engineering and architecture. "We've had great help from researchers like you and the security mechanisms we build have gotten stronger," he said.

"The feedback that we've heard pretty consistently both from my red team and Apple and also directly is that it's getting more difficult to find some of the most critical types of security vulnerabilities."

The programme will be invitation-only at first, and will start off with a "few dozen" researchers. Krsti also added that if a researcher donates their bounty to charity, Apple will match the amount.

Despite being one the largest companies in the tech industry, Apple has waited longer than most of its competition to implement a bounty programme. The company has come in hard though, and its bounties are among the most generous offered by a major corporation.

Apple has not made public why it is finally opening up a bug bounty programme after so long, but it may have something to do with its spat with the US government earlier this year.

The FBI was attempting to force Apple to break its own encryption, but backed down after a third-party company did it for them. Apple consequently opened up its early iOS 10 code to developers, leaving it unencrypted, meaning developers could spot flaws and offer patches.