A power outage was to blame for flight cancellations 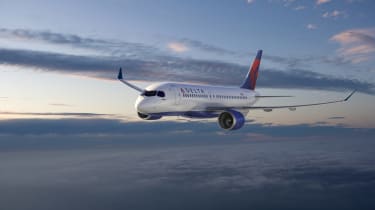 Delta's CEO has apologised to customers following the cancellation of more than 450 flights due to a systems meltdown, reportedly caused by a power cut.

"I apologize for the challenges this has created for you with your travel experience.  The Delta team is working very, very hard to restore and get these systems back as quickly as possible," Ed Bastian said.

"For those of you who have been inconvenienced and need to access and make changes to your travel plans, we have instituted system-wide waivers and you can access those either through delta.com or by talking to any of our reservation agents.

"I appreciate the hard work the Delta team and the Delta people are doing to bring our system back up as quickly and safely as possible.  And once again I apologize for any inconvenience this has caused to you our customer."

The systems were affected by a power cut, which then meant the company's website and smartphone apps weren't able to operate.

Passengers complained Delta had failed to manage the situation effectively, reporting long check-in queues, which meant customers, including many families were being forced to sleep on the floor while they awaited further information.

Delta advised passengers to check the status of their flight before heading to the airport to prevent wasted journeys and airports becoming overcrowded.

A global computer system outage has grounded all Delta Airlines flights around the world.

The IT glitch started at around 7.30am BST and has affected tens of thousands of passengers due to board Delta jets today all flights are delayed except for those currently in the air.

Delta engineers were yet to fix the problem at the time of writing, and a spokeswoman for the airline admitted the company does not yet know the cause of the issue.

Reacting to angry tweets demanding information, Delta wrote: "Our systems are down everywhere."

It added: "Please accept our apologies while we work to restore this issues & get our passenger on their way."

Delta, which serves around 160 million passengers a year, received a deluge of angry and concerned tweets from passengers afraid of missing connecting flights and frustrated by the delays. 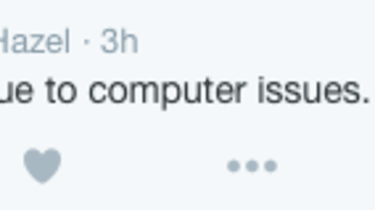 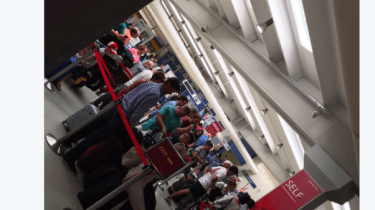 As the delays continue, pictures surfaced online of huge queues in airports around the world, but Delta told IT Pro it is still working on identifying the problem.

The spokeswoman said: "Delta experienced a computer outage that has impacted flights scheduled for this morning. Flights awaiting departure are currently delayed.

"Flights enroute are operating normally. Delta is advising travelers to check the status of their flights this morning while the issue is being addressed."

Delta is the second-largest passenger airline in the world, according to aviation trade group IATA's own 2016 statistics, which measured its revenue-per-kilometre as $302,512, just behind American Airlines' $320,813.