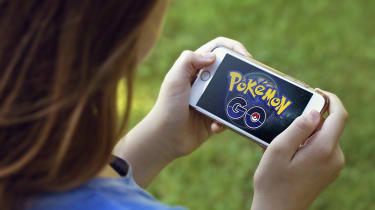 Research by Kaspersky Lab has revealed that online games such as Pokmon Go and CS:Go could be opening gamers up to security attacks because they get so into the game that they let their guard down.

Ten per cent of gamers said they had disabled various security features in order to enjoy a better gaming experience, while a staggering 71 per cent use the same password for both gaming platforms and their personal email or other accounts that hold their confidential data.

"The issue with such addictive behaviour is that the competitive nature takes over and people lose control," Dr Dimitrios Tsivrikos, consumer and business psychologist at University College London, said.

"One way that manifests itself is by people getting caught up in the game, letting their barriers down and becoming lax with security. Getting to the next level and beating your opponent often takes precedence over keeping your data secure."

Kaspersky questioned 2,500 consumers aged between 11 and 55 about their online gaming habits and it discovered many people are playing fast and loose with security online.

It revealed almost half had spent money online while gaming, either to buy the game or through in-app payments, but many of these may have been through unofficial and potentially malicious third parties.

A third of gamers said they had clicked on a link sent to them by a fellow gamer, even though 42 per cent of respondents said they had encountered someone pretending to be another person online.

"Online gaming carries the same risks as any other online activity, especially with the rise in our competitive culture and the need to interact with others while playing games on potentially insecure platforms," David Emm, principal security researcher at Kaspersky Lab, said.

"Unfortunately, performance comes before security in many instances, and players do not want security software reducing their gaming speed. As we've previously seen with other online activities, such as online shopping, when tempted with the next best thing, or in this case, the next gaming level, people's awareness can decrease, leaving them exposed to all sort of cyber-threats."