Websites without HTTPS will be marked as "non-secure" from 2017 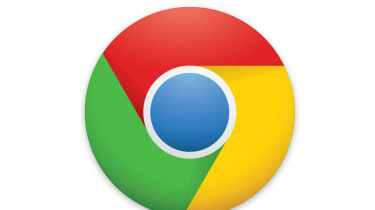 Google Chrome will warn web users next year that sites are "not secure" if the do not use HTTPS.

Google is giving websites that transmit passwords or credit card details until 2017 to make the move to the secure protocol, which encrypts communications between your browser and internet sites.

"Beginning in January 2017 (Chrome 56), we'll mark HTTP sites that transmit passwords or credit cards as non-secure, as part of a long-term plan to mark all HTTP sites as non-secure," noted Emily Schechter of the Chrome security team, in a blog post.

Google will show the warning to users with a bit of text ahead of the URL in the address bar of the Chrome browser.

At the moment, Chrome highlights that a connection is HTTP and not private via an icon that users have to click to see a warning. If you're using Google's browser, click the icon before the URL in the address bar, and it will tell you that "your connection to this site is not private".

In the longer term, that will show the words "not secure" and let users click through for more information.

However, Google admitted that users ignore security icons and warnings, becoming "blind to warnings that occur too frequently".

Google feels the risk of warning overload is worth it. "When you load a website over HTTP, someone else on the network can look at or modify the site before it gets to you," noted Schechter.

Security analyst Graham Cluley said not only could the increased warnings cause trouble, but so could the terminology.

"In its warning it says "Not secure'," he said in a blog post. "That's not really the right terminology. What they really mean is 'Not encrypted'."

The use of HTTPS does not mean the site is secure in other ways, he noted. "It would be a mistake, for instance, to find ourselves back in the bad old days when some users believed that the mere existence of a padlock in the browser bar meant that the site could be trusted and considered legitimate, when it was perfectly possible for criminals to set up a website with HTTPS if they wished or compromise a legitimate website that was using web encryption properly," he added.

Because of the risk of users ignoring the warnings, Google intends to roll them out slowly and carefully. The first warnings, in January, will only label as insecure pages using HTTP that have credit card or password fields.

Next, it will extend HTTP warnings to any page, regardless of content, that is opened in Incognito mode, "where users may have higher expectations of privacy".

Chrome security team member Schechter added: "Eventually, we plan to label all HTTP pages as non-secure, and change the HTTP security indicator to the red triangle that we use for broken HTTPS."

That means websites - including this one, but also Google's own Chromium blog - will have time to upgrade to HTTPS to avoid their visitors being shown a message that their pages are insecure.

She added that Google's traffic stats show half of Chrome desktop page loads are already served over HTTPS.