One in seven trusts in England hit by extortion attempts 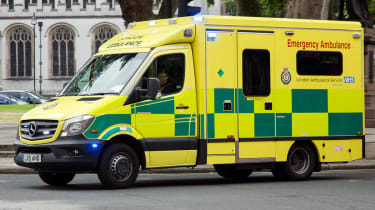 Cyber criminals have targeted at least 28 NHS England trusts with ransomware in the last 12 months, according to newly released figures.

The rate of attacks was revealed to the i newspaper following a Freedom of Information (FoI) request by cybersecurity firm NCC Group, with up to four being considered serious enough "they had to be reported as a potential breach of data protection or confidentiality laws".

While only around 14% of the total number of NHS trusts in England were affected, millions of patients' data were potentially at risk. However, no ransom was ever paid and no data ever lost, according to NHS Digital, the body which oversees cybersecurity for the health service.

Ollie Whitehouse, technical director of NCC Group, told i: "Ransomware has become the bottom line of cybercrime if hackers break into a system and can't find any other way to monetise what they find, they encrypt the data and demand a ransom. We have seen a 400% increase in these attacks.

"The health service is by no means alone in facing this kind of attack. But NHS trusts are being increasingly targeted and any loss of patient data would be a nightmare scenario. Like everyone else, they need to be applying robust controls."

In a statement to i, NHS Digital said: "Incidents are rare and in the last year there have been fewer than five reports of ransomware attacks on individual machines on a network used by around two million people. In all reported cases, effective and swift action was taken and no ransoms have been paid.