75% of UK police websites 'are risky' for users 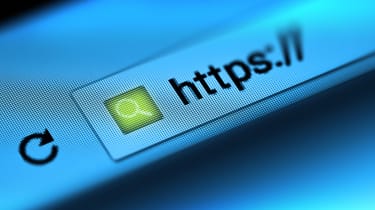 Almost three-quarters of UK police websites are insecure and insufficient for keeping user details safe, according to a new report.

Research by the Centre for Public Safety found almost one-quarter of police sites lack any form of automatic secure connection that would otherwise encrypt communications. Of these websites, more than 12 agencies (70%) encouraged users to provide personal details, some of which pertained to specific criminal activity, cases or suspects.

While 27% of the 71 UK policing websites were found to have a world-class standard, the rest have security flaws ranging from "deficient" to potentially "risky" for the public.

The National Crime Agency's Child Exploitation and Online Protection Centre (CEOP) was found to have a "significant vulnerability in their implementation of a secure connection," according to the report.

'C grades' were given to the ActionFraud website and the College of Policing's e-learning service, used to train new and existing police officers.

Cheshire Constabulary, which has recently seen an extensive online upgrade, was dropped from a risky 'C' to an alarming 'F' grade.

"The cost of an A+ graded secure connection is insignificant to these organisations, so the failure to deliver is therefore due either to a judgment that the risk is acceptable, or a lack of awareness of the risk in the first place," states the report.

Surprisingly, varying budgets for online spending seem to have made little difference to overall security. According to the report, the Metropolitan Police invested over 110 million in IT infrastructure in 2014/15, and were found to have insecure connections on their websites.

"Whether in-house or outsourced, it appears that some continue to fail to provide the foundations for the digital transformation that our police forces are both seeking to achieve and expected to deliver," states the report.

The report warned that improving security should be a "matter of priority" given the likelihood of an increase in future cyber attacks.