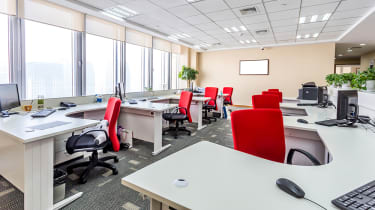 Three-quarters of companies do not have enough skilled security workers to protect against cyber attacks, a new study suggests.

Security company Tripwire's research revealed that out of 500 IT security employees surveyed, only 25% felt that their companies' IT departments had enough people with enough skills to combat a major cyber security breach.

This lack of trained professionals is putting organisations at risk, and 66% of respondents reported that it was actively increasing security risks in their organisation.

Almost 70% have tried to plug the skills gap in their organisation with security but that's not enough, according to Tripwire's senior director of IT security and risk strategy, Tim Erlin.

"Having the right tools is only part of the solution," he said. "A lack of cybersecurity skills not only degrades an organisation's ability to respond to incidents, it also inhibits organisations from developing and deploying effective prevention."

This survey, along with many similar ones, reveals that there simply aren't enough people working in the cybersecurity field, but it also gives a clue as to why. The industry currently has a huge problem when it comes to the recruitment and development of new infosec professionals.

When questioned, over 70% of respondents admitted that they or their organisation found it difficult to hire cybersecurity experts, and almost 80% said that they had no facilities for increasing the expertise of existing security staff, and over half reported experiencing problems with staff retention.

Hiring, training, and retaining security personnel is clearly a problem for many companies, but while almost 30% admitted that their existing programmes were ineffective, a full half of respondents stated that they had no such programmes at all.

"Cybersecurity is a growth industry for employees," Erlin said, "and supply is falling far short of demand. Smart organisations need to establish effective programs for educating and developing employee skills around information protection."