IT admin fleeced Expedia for $330k in insider trading scam 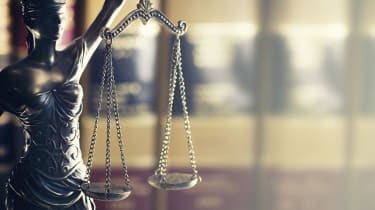 A former Expedia senior IT support technician has pleaded guilty to accessing confidential company files and illegally using the information within for insider trading that netted him over $300,000.

Jonathan Ly, 28, pleaded guilty to securities fraud, which began in 2013 and continued even after he left the company in 2015.

FBI special agent in charge Jay S Tabb Jr said Ly's behaviour was was "particularly egregious because [he] abused his special access privileges as an IT administrator".

"On top of violating the trust of the public and his company, he violated the privacy of fellow employees by surreptitiously accessing their files," Tabb continued.

A court document detailing the case against Ly notes that, as part of his role as a senior IT support technician, he was given "certain administrative access privileges that could be used to remotely access electronic files on Expedia employees' electronic devices", as well as, from time to time, being given corporate network passwords.

In a summary of how the scheme worked, the document states that between 2013 and 2015 Ly "secretly and fraudulently accessed the contents of Expedia executives' computer files and corporate email accounts to ... [collect information] in order to execute a series of well-timed and lucrative securities trades in Expedia options".

Ly left Expedia in April 2015, but, unknown to the company, took with him an Expedia laptop that he used to continue accessing corporate systems and email and carry out his insider trading.

Commenting on the case, Rui Melo Biscaia, director of product management at Watchful Software, said: "This case demonstrates how much damage malicious insiders can cause, especially when armed with a high level of privilege and little oversight.

"The threat of trusted insiders abusing their positions can be greatly reduced by ensuring that confidential files can only be access by the authorised user themselves. Internal support staff that are able to access other users' machines should only be able to access files and network areas relevant to their current job, rather than having free reign over information that would normally be highly restricted. Classifying and encrypting all confidential files against unauthorised access will also help protect against external attackers that are able to gain control of a system."

The US Department of Justice praised Expedia for its "quick reporting" of the intrusion once it was detected, which made it easier for the FBI to trace the malicious behaviour back to Ly.