The future of facial recognition: more than meets the eye

Facial recognition could be used for more than authentication; it could save lives, and increase profits 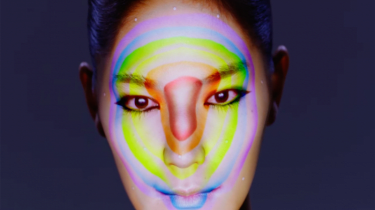 When people think about facial recognition, they usually think of the numerous TV programmes and movies where it's used as a secure way of entering top-secret buildings, or for a spy agency to rummage through its live CCTV cameras to nail down their suspect within seconds.

Unfortunately, facial recognition hasn't quite hit those heady heights thought up by scriptwriters, but it's still being used by organisations in a number of ways most notably for security purposes. For example, people travelling to the US will need their fingerprints and photographs taken in order to obtain a visa. These are then cross-referenced using facial recognition systems when a person enters the US. This kind of technology is also being used in the enterprise; Paycasso, which counts global insurer AXA among its customers, provides a facial recognition system for use in authentication processes, such as when a person is applying for a new bank account.

Meanwhile, in the consumer space, Google's Face Unlock enables users to unlock their Android smartphone screen using their face instead of a pattern or pin. More popular uses of the technology come by way of social media; Snapchat - which can detect users' faces and enable them to wear virtual accessories, or manipulate their face with different filters - is perhaps the most widely known example of its use. Facebook on the other hand, trawls through members' photos and uses facial recognition algorithms to determine what they look like this enables the social network to suggest that the user is tagged in a photo of them someone else uploads.

But Chris Rijnders, CEO and co-founder of image processing platform firm Cogisen tells IT Pro the use of facial recognition by social media firms has "downgraded it to being a gimmick".

"What will happen is in two years' time people will get bored of Snapchat, and facial recognition will mean very little and this is why there is a push in Silicon Valley to bring the technology to the next level," he says.

"There is a real need to make facial detection something that can give a competitive advantage again," he adds.

So how can the technology be used going forward?

Rijnders suggests the difference between recognising there is a face and whether the face is looking in a certain direction is where there is likely to be the most innovation.

Rijnders believes it could be used in areas such as the Internet of Things (IoT), and for autonomous cars.

"So if you have an AC system, it can know that you're looking at it, and is ready for commands, while in autonomous vehicles, facial detection could be crucial to look out for pedestrians," he says.

The difference between existing solutions and facial recognition technology that can sense where the face is looking could be a matter of life or death - literally. For example, with existing solutions, an autonomous car could see that a pedestrian is crossing the street. But in the latter, it can also determine whether that pedestrian is looking at the car. This could be critical, as currently, an important part of driving safety is the way a driver and pedestrian communicate through eye contact.

Indeed, safety is one of the biggest use cases for facial recognition; the likes of GM, Caterpillar and Royal Beuk Coaches have used facial recognition software from Seeing Machines to ensure their drivers don't fall asleep at the wheel.

The ability to sense where a person is looking is already being used to help companies with their advertising strategies. For example, retail marketing specialist Linney has helped high street chemist Boots to understand whether digital signs are worth the extra investment.

"Digital signs and window posts are not a small investment, and for a retailer the size of Boots, which has 3000+ stores, they would need to know what kind of an effect having a screen with nice visuals has compared to a printed advert, and facial recognition enables them to see if people are looking at the sign or not," Jonathan Rhodes, from Linney's insight team explains.

Linney has also helped other retailers work out which areas people look at the most within a store. If the data show, for example, that people within the main queue are all looking in one direction, the retailer could install a big display area in that space.

Westfield shopping centre in Australia has taken this a step further. It has a network of 1,200 screens spread throughout the premises and uses facial detection to figure out how many men or women walk by a certain environment. Those screens will then adapt to their perceived audience in real-time, targeting them with gender-specific ads.

But Rhodes says that the technology is still "clunky".

"We've had the demo onsite before and it's not smooth or useful and not relevant enough to justify the investment of creating multiple pieces of marketing material it's not quite there yet," he says.

He adds that Westfield is then monetising this data.

"They're turning facial detection to a basic version of a [Tesco] Clubcard," he says, meaning that it builds up a profile of what kind of person walks by a particular store at a particular time and it can then sell that advertising space at a more targeted level.

But companies should be wary of using some of these tactics particularly from a privacy perspective. Consumers may not want all of the data collected from facial recognition software to be used to target them with offers or for other purposes. The question remains whether retailers need consent from consumers to use some of this data.

However, as the technology isn't yet sophisticated enough to be able to detect a face, match it with a person's profile, then target them depending on where they're looking or what they're glancing at in a shop window, these are perhaps questions for the future, rather than now.

Developers are working hard to improve the technology and to incorporate facial coding that is, the ability to gauge emotions through the technology into the system, too. But a cursory glance towards Microsoft's disastrous How old are you' campaign shows how far even the biggest technology vendors have to go to perfect facial recognition.

For now, it's a popular gimmick, but in the future it could hold the key to having a real competitive advantage.