What to expect from RSA Conference 2017

This year's security landscape means there's more to discuss than ever 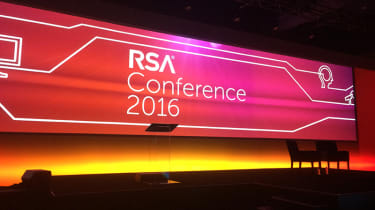 Although 2016 was my first year at RSA Conference, it was easy to predict what would be the main topic for the keynotes and many of the sideshows.

The San Bernardino iPhone case was burning red hot and was one of the most controversial issues to hit the security scene in a long time. It demonstrated the delicate balance between security and privacy, and how vendors aim to maintain that equilibrium.

To say this year is be more unpredictable is an understatement. First, there's not one issue to focus on, there are dozens. The big political news has, of course, been the hacking of the Democratic National Committee servers, allegedly by Russia.

The issue of one country accessing data stored in other jurisdictions has once again raised its head in a US court, with Google this time being the target of the suit (the similar Microsoft case was ongoing this time last year, but Microsoft won the case last month).

Next, the political situation across the US and Europe is in such a state of flux, that there's not even a policy aspect that can definitely be pinned down as the hot topic of the day, with one possible exception the searching of electronic devices in US airports.

Stories now abound of security services holding people until they unlock their smartphones. Even a NASA scientist has reportedly been caught up in the furore, according to the Verge, prompting the space agency to issue him with a new device and phone number.

I also have it on good authority that there will be discussions around the behaviour of the NSA at the fringes of the conference, even if they're not a topic for the main keynotes.

There are also, of course, less controversial topics to discuss. Ransomware is a word on every vendor's lips at the moment, so it's unlikely to go unmentioned. Similarly, one of the biggest incidents of the past 12 months the rise of the IoT-powered botnets, specifically Mirai  surely won't be overlooked.

Even if it's hard to predict the topics of discussion this year, RSA Conference 2017 will nevertheless prove informative and interesting (it always is). Be sure to check back here from Tuesday onwards for the latest updates from the event, and follow me on Twitter for live updates from the keynotes, the fringes and the showfloor.