The update relates to a hole in platforms including Windows 8.1, Windows RT 8.1, Windows 10, and Windows Server 2016 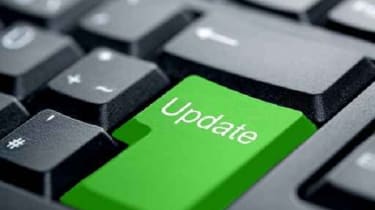 Microsoft has released a critical update to Adobe Flash Player, which could allow hackers to use it to perform remote code execution processes if left unpatched.

Microsoft added that the update should be installed immediately, but will require a restart to action it.

The update was supposed to be rolled out in last Tuesday's Patch Tuesday security update, but that was delayed due to a "last minute issue." The updates scheduled for release will now be rolled out in the March 14th update instead.

However, this part of the update has appeared much sooner, presumably because it could cause big issues if left unpatched.

The other major update due to be released last week was a zero-day flaw in the SMB file sharing protocol, but the company has, as yet, failed to fix that yet and it's unlikely we'll see a fix until 14 March.

Microsoft issued another security update to the Adobe Flash player last year, which fixed a vulnerability designated 'CVE-2016-7855', which, like this vulnerability, could give hackers access to machines running Windows 7 onwards.

"Adobe is aware of a report that an exploit exists in the wild, and is being used in limited, targeted attacks against users running Windows versions 7, 8.1 and 10," said Adobe in a blog post at the time.