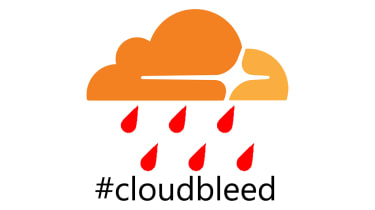 Cloudflare has been leaking personal information, passwords and software keys from over 120,000 sites and services onto the internet, the company has revealed.

The leak was due to a bug in the systems of the company, which offers anti-DDoS and CDN services for around six million websites, and affected companies such as Uber, OKCupid, Fitbit and more.

Discovered by Google security researcher Tavis Ormandy, the bug - which has already been dubbed 'Cloudbleed' after the Heartbleed openSSL vulnerability discovered in 2014 - is apparently a buffer overflow issue and has been blamed on malformed HTML code.

"In some unusual circumstances," Cloudflare CTO John Graham-Cumming wrote in a blog post detailing the issue, "our edge servers were running past the end of a buffer and returning memory that contained private information such as HTTP cookies, authentication tokens, HTTP POST bodies, and other sensitive data. And some of that data had been cached by search engines."

In layman's terms, this meant that users visiting Cloudflare-hosted sites could wind up with data from other sites embedded in their browser. So, someone visiting the Fitbit site could end up accidentally gathering data from another person's OKCupid activity.

The leak was most active from 13 February to 18 February, Graham-Cumming said, affecting around 120,000 sites per day. It may also have been active since 22 September 2016.

Graham-Cumming has said that the issue is now fixed and cached data largely removed from search engines such as Google, adding that he does not believe that the leaked information has been exploited by hackers.

Ormandy kept a running log of the incident, from initial discovery all the way to resolution and public disclosure, including examples of some of the data that was being exposed by the issue.

"We fetched a few live samples, and we observed encryption keys, cookies, passwords, chunks of POST data and even HTTPS requests for other major cloudflare-hosted sites from other users," he wrote. "We've discovered (and purged) cached pages that contain private messages from well-known services, PII from major sites that use Cloudflare, and even plaintext API requests from a popular password manager that were sent over https (!!)."

While Cloudflare says it's confident that the information is not being exploited, some security experts are warning that accounts hosted on any site that uses Cloudflare could be compromised, and that users may want to change their account details and passwords.