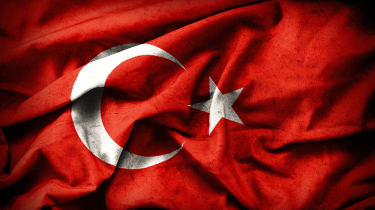 A third-party Twitter app appears to have been hacked, leading dozens of accounts to post identical messages in Turkish lambasting Germany and Holland.

At least 25 verified accounts, all of which seem to use Twitter Counter, have been affected, as well as a number of non-verified profiles. Amongst them are Amnesty International, Duke University, Die Welt and Reuters Japan. 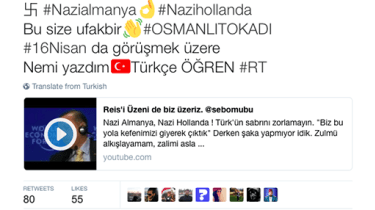 The tweet, which is in Turkish, translates to: "#NaziGermany, #NaziHolland, this is a small #Ottomanslap for you. See you on #April16. I wrote what? Learn Turkish."

Turkish President Erdogan has been slamming Germany and the Netherlands, calling both Nazis following a diplomatic spat, while 16 April is the date of the referendum to decide whether Turkey will become an executive presidency or not.

In a statement, a Twitter Counter spokesman said: "We are aware of the situation and have started an investigation into the matter. Before any definite findings, we've already taken measures to contain such abuse of our users' accounts, assuming it is indeed done using our system - both blocking all ability to post tweets using our system and changing our Twitter app key."

"One thing is important to note - we do not store users' Twitter account credentials (passwords) nor credit card information," he added. "The abuse risk is limited to posting or following on Twitter and as I've mentioned - the first part is already contained."

Twitter Counter, which is itself a Dutch company, previously suffered a hack in November 2016. Once again, that hack affected a number of its high profile accounts. At that time Playstation, Viacom, Xbox, The New Yorker and The Next Web were amongst the affected accounts, however on this occasion those accounts don't seem to have been involved.

This is a devolping story and will be updated as more information comes in.