Mastercard makes a credit card with a built-in fingerprint sensor 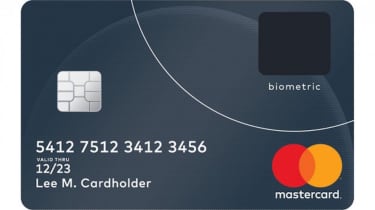 Most of us will be used to using fingerprints to unlock our smartphones. Now a prototype from Mastercard suggests biometrics could soon be making their way to the credit card too.

This week, Mastercard unveiled a new card it has been trialing in South Africa, which comes with a built-in fingerprint sensor. The credit card, which is no thicker than a standard card, includes a small tab on its top-right corner. The idea is that this can be used to authorise payments without the need for a numerical PIN.

Instead, the user puts the card into a chip machine and touches the sensor. The power for the fingerprint reader comes from the terminal itself, so there's no need for the card to include a built-in battery.

While the new card has completed initial trials in South Africa, Mastercard is planning further tests in Europe and Asia, with an aim to roll out the tech worldwide by the end of 2017.

Adding biometrics to payment cards makes sense, given the added security offered by fingerprint readers compared to 4-digit PINs. The new cards are more expensive to produce than their simpler counterparts, however, and are therefore likely to be offered to wealthy or corporate clients.

Apple Pay already lets users make payments via their phone's fingerprint sensor, but plastic cards remain popular with the majority. When contactless payments rolled out a few years ago, it gave users a quick way to make small payments. Built-in fingerprint sensors could do a similar thing for larger payments - making PIN numbers a thing of the past.

Still, users might need to be careful that their prints aren't stolen. Earlier this year, researchers at Japan's National Institute of Informatics warned that photos featuring fingertips could pose a security risk, with hackers capable of recreating prints from little more than a peace sign.