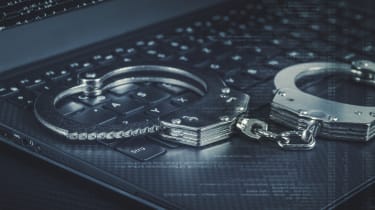 American authorities are cracking down on fake tech support scams that fool users into believing their computers are infected and charge them for the unnecessary solution, taking legal action against four more companies and their subsidiaries.

"Operation Tech Trap" has the Federal Trade Commission (FTC) working with local and international authorities - as well as Apple and Microsoft - to prevent such scams and take action against the criminals profiting from them.

Most of the Operation Tech Trap targets followed a similar pattern that will be familiar to many hit by such scams over the years. They show advertisments designed to look like pop-up alerts from Microsoft or Apple, warning that their computers are infected and offering support via a telephone number. " Some of the pop-up ads even included a countdown clock, allegedly representing the time remaining before the computer hard drive would be deleted," the FTC noted.

Call the number, and the person on the other end will outright claim or suggest to be affiliated with Microsoft or Apple, and ask for remote access to the computer to run fake diagnostic tests, which the FTC noted "inevitably revealed the existence of grave problems requiring immediate repair by one of their 'certified technicians'." That would cost hundreds of dollars, and the FTC said such tactics have been used to scam consumers out of millions of dollars in the US alone.

In earlier efforts to crack down on such support scams, the FTC has filed four complailnts against support companies using such tactics in Ohio, Alabama, Florida, and Colorado. "In three of the cases, the FTC has already obtained temporary restraining orders (TROs) to halt the practices, freeze assets, and appoint a temporary receiver to take control of the businesses," the FTC said.

The FTC has also said it reached settlements with two others. Seven people have been charged, with two pleading guilty already, and the FTC is working with authorities in India to crack down on such support scams operating there.