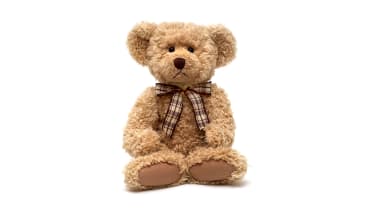 At 11 years old, Reuben Paul's hacking skills continue to impress - as does his flair for the dramatic.

The sixth-grade student headlined yet another tech conference, this time showing off the dangers of the Internet of Things by hacking a smart teddy bear.

Reuben then showed how the toy, which features Wi-Fi and Bluetooth connectivity, could be abused to record what people were saying. "IOT home appliances, things that can be used in our everyday lives, our cars, lights refrigerators, everything like this that is connected can be used and weaponised to spy on us or harm us," he said.

For the bear in particular, he said any one taking control of it could listen in on your children or instruct them to "meet me at this location and I will pick you up."

While that may sound like a lot for a young child to be discussing on stage at the World Forum, Reuben's father Mano Paul - a security researcher too - told IT PRO last year he doesn't pressure his eldest son into doing such work, he just loves to do it.

"It's fun," Reuben told us at a Kaspersky conference last year. "I like doing what I do."

Either way, the 11-year-old is an inspiration to encourage children into security - key as the UK faces a skills shortage - and his warnings on the vulnerabilities in the IOT and connected toys are worth heeding, too.