Only 50% of CIOs improve cyber security after WannaCry

A quarter of CIOs have experienced ransomware attacks, survey finds 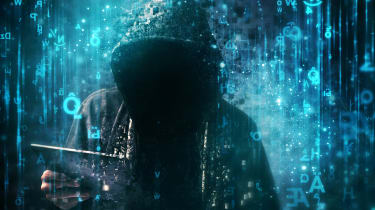 Research among CIOs and IT leaders has found that only half have implemented new security safeguards following the WannaCry ransomware attack, and only 15% plan changes in response to Petya.

This is despite 27% admitting their organisations have suffered ransomware attacks, according to IT governance non-profit ISACA's survey of 450 CIOs.

The vast majority (76%) said that their organisations were either highly or somewhat prepared to deal with the increased frequency on ransomware style attacks against their networks. However, only 50% of organisations have carried out staff training programmes to help them deal with the threat.

The research also found that less than a quarter of organisations are applying the latest security software patches within the first 24 hours of release. In some cases it can take over a month before the software is updated.

What is particularly concerning is that almost 15% of respondents said that their organisations won't take any further precautions following the Petya attack earlier this month, despite the fact that the vast majority (83%) expect further ransomware attacks in the future. Only 6% said they would pay the ransom.

"Our poll shows that more than one in four organisations typically wait longer than a month to apply the latest software patches," said ISACA CEO Matt Loeb.

"Given the escalating volume and complexity of threats enterprises are facing, placing greater urgency on rapid, comprehensive patching is a critical component of protecting an organization from the business- and infrastructure-crippling consequences of an attack."

The WannaCry attack in May affected over 300,000 computer systems globally, and while the ransom was fairly modest at $300, it highlighted a widespread vulnerability to this style of attack that would be exploited again by Petya the following month.

However, following analysis of the Petya malware, experts now believe that its main purpose was to destroy data, rather than generate cash.

Ahead of the upcoming GDPR regulations, companies will need to demonstrate they are doing all they can to protect the data they hold, including shoring up their security against malware.