Personal details and some credit card info were vulnerable to hackers 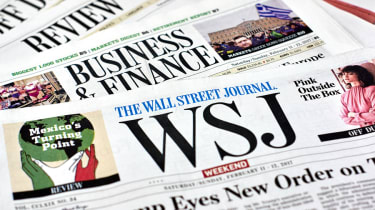 Dow Jones, which owns the Wall Street Journal, confirmed to IT Pro that approximately 2.2 million customers were affected, though cybersecurity firm UpGuard estimates the number to be closer to four million accounts.

80% of respondents to the Cyber Risk Appetite Survey have experienced at least one serious security incident in the last year. Download the whitepaper for more research:

There were also 1.6 million exposed entries in a collection of databases known as "Dow Jones Risk and Compliance", which are subscription-based programmes used by financial institutions to understand how to be compliant with anti-money laundering regulations.

The data was found on an Amazon Web Services (AWS) S3 bucket, and had been configured to allow any AWS "Authenticated Users" to download the data. Amazon defines an authenticated user as any person with an AWS account, of which there are over a million users, and is free to sign up to.

A spokesperson for Dow Jones told IT Pro: "We were made aware that certain Dow Jones/WSJ subscriber and Risk & Compliance content was over-exposed on Amazon Cloud (not the open internet). This was due to an internal error, not a hack or attack. The customer information included basic contact information; it did not include full credit card or account login information that could pose a significant risk for consumers or require notification."

The spokesperson added: "The Risk & Compliance data included content curated exclusively from publicly available sources such as newspaper articles, government issued watch lists, and other publicly available information; it did not include any customer information. We have no evidence any of the [exposed] information was taken. Even so, we immediately secured the data once we became aware of the problem. We take the security of Dow Jones information very seriously."

Dan O'Sullivan, cyber resilience analyst at UpGuard, stated that the unsecured information "would be of use to any spammers or digital marketers, but could also be used [for a] far more malign effect". Malicious actors, for instance, could use the information for phishing, pretending to be from the Wall Street Journal and telling customers their account had been compromised or that there was a problem with their subscription.

Verizon stated that there was no loss or theft of Verizon customer information and that "the overwhelmingly majority of information in the data set had no external value, although there was a limited amount of personal information included".

RSA's Cyber Risk Appetite Survey uses research from 272 risk and security professionals across the globe. Download it for free here.