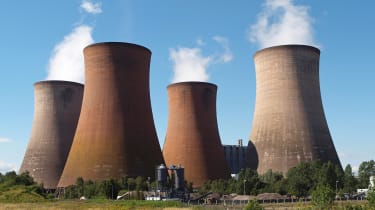 The systems controlling Britain's industrial infrastructure are "likely to have been compromised", according to the UK government's top cyber security experts.

An advisory warning issued by the National Cyber Security Centre (NCSC), and seen by Motherboard, states that "state-sponsored hostile threat actors" have been targeting the IT systems responsible for controlling crucial parts of the country's utilities, including the water supply and power grid.

"NCSC believes that due to the use of wide-spread targeting by the attacker, a number of Industrial Control System engineering and services organisations are likely to have been compromised," the report said, according to Motherboard.

The attacks were signalled by a wave of activity starting on 8 June, the warning said, and as The Times cited anonymous sources claiming that Russian-backed hackers launched a similar attack on the Republic of Ireland's power grid.

Similarly, the NCSC's report also mentions an incident that US authorities notified businesses about last month, which supposedly involved the same hackers using spearphishing tactics against companies and then mapping their network drives.

The attack faced by Britain's critical national infrastructure bears many of the hallmarks of attacks previously attributed to Russian government hackers. In particular, it seems reminiscent of the attacks against sections of the Ukrainian power grid, which plunged large sections of the country into darkness last year.

Security experts have been warning for years that poor security in the world's power plants, water treatment facilities and other infrastructure locations could have disastrous consequences if exploited by nefarious cyber criminals. Now, it would appear that these dire predictions may be coming true.