Thousands of adopted children's data was leaked in email attachment 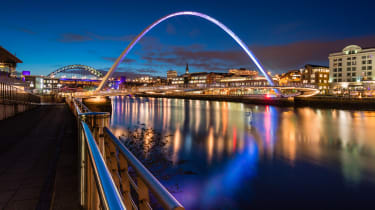 Newcastle City Council mistakenly sent out the personal information of thousands of children and the adults adopting them in an email attachment last month.

The inadvertent data breach affected 2,743 people in total, including their names, addresses and dates of birth, in an emailed party invitation sent to 77 people on 15 June.

The council admitted the fault, saying: "An employee in the council's adoption team accidentally attached an internal spreadsheet to emails inviting adoptive parents to the council's annual adoption summer party.

"This attachment contained personal details relating to 2,743 individuals, comprising current and former adoptees, parents and social workers who had been involved with these families. The spreadsheet included personal information such as names, addresses and the birthdates of the adopted children."

It launched its own investigation into the breach, and has since actioned "a series of measures" to contain the breach - such as contacting the recipients to ask them to delete the data - as well as to ensure it doesn't happen again in the future, like running a refresher course for staff on how to handle sensitive information.

The council also is attempting to contact those affected through phone or by letter and has set up a helpline to assist anyone with concerns, while the UK data watchdog, the Information Commissioner's Office (ICO), is also investigating.

Director of people for the local authority, Ewen Weir, said: "I am truly sorry for the distress caused to all those affected. We will work closely with the affected families and individuals to support them at this trying time. The council takes data protection and confidentiality very seriously and has acted swiftly to understand what happened and who has been affected.

"This breach appears to have been caused by human error and a failure to follow established procedures. We are conducting a thorough review of our processes to identify what changes we can make to ensure that this never happens again."

The employee who sent out the information has since resigned.

An ICO spokesperson told IT Pro: "Organisations have a duty to protect people's privacy, especially where sensitive personal data may be involved. We have been made of an incident involving Newcastle City Council and are making enquiries."

Andrew Clarke, EMEA director at One Identity, believes that one of the key security measures in an organisation is to ensure that the access control policies are deployed effectively. He said: "It is really important that a solution is in place that protects an organisation by giving access control to the business owner rather than the IT staff.

"In the case of unstructured data, such as a spreadsheet which provides important information across the business, it is really important that access controls are coupled with data governance."

Anyone involved with Newcastle's Adoption Service who has concerns can call the council's dedicated helpline on (0191) 211 5562 for further information.