The software will offer the 'bare essentials', including file, email and web protection

Kaspersky has started rolling out a free version of its antivirus software, offering some "bare essentials" including file, email and web antivirus, a quarantine function, and automatic updates.

The Russian security firm said it wants to offer basic protections to web users who can't afford to buy security products. In ablog post, CEO Eugene Kaspersky said:"There are a lot of users who don't have the $50 to spend on premium protection, therefore, they install traditional freebies (which have more holes than Swiss cheese for malware to slip through), or they even rely on Windows Defender."

Kaspersky has filed three antitrust suits against Microsoft for allegedly promoting Windows Defender, its own basic antivirus, over rivals' products on Windows machines, something Microsoft has denied. Creating a free tier for its own antivirus would put Kaspersky on an equal footing with Microsoft's own product, which is the default option on Windows 10, if users decided to switch.

The free version will not compete directly with the premium version though, Kaspersky said.Kaspersky antivirus has until now been a paid service, starting at 24.99 for a one year licence. Some premium features, such as a virtual private network (VPN), online payment protection, and parental controls, will not make it over to the free version. 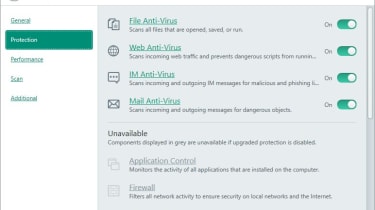 The move will benefit existing paid users, argued Kaspersky, as the company's databases will now have more user data to trawl through, which can be fed into its machine learning algorithms.

The free version also promises to be much lighter on system resources, although it will still be able to "detect any cyber threat regardless of its origin or intention".

Initial trials of the software in Russia and Scandinavia produced "several million" new installs, despite relatively little marketing promotion, the founder said. Despite the success, the company maintains that the purpose is not to increase its market share, but to "raise the overall level of protection on the internet".

The news follows recent US investigations into the company's suspected ties to the Russian government, which it has denied. But these suspicions have led to a proposed bill, currently making its way through Congress, that attempts to block the Department of Defense from using any Kaspersky-related products.

The Moscow-based company was also forced to defend itself earlier this month when leaked emails suggested Kaspersky was working with Russian security forces, information that it claims was taken out of context.

Kaspersky has always denied having any relationships with any particular government, and maintains that the allegations lack evidence.

Kaspersky Free, which has been in development for over 18 months, is immediately available in the US, Canada and countries in the Caribbean, having already been trialed and released in Russia, Scandinavia and China. The software will be slowly released to the rest of the world over the coming months, landing in the UK in October. 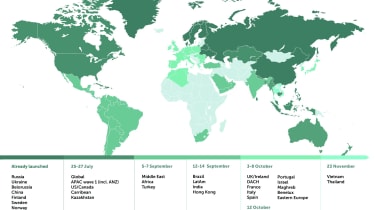