A single day of downtime could cost $700,000 researcher claims at Black Hat 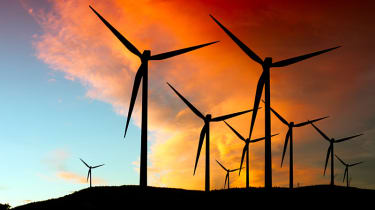 Wind farms and factories that use robots are at risk from ransomware attacks, according to new research into the vulnerabilities found within many industrial control systems.

Security researcher Jason Staggs discovered that controllers are not encrypting all of their messages, reports the Financial Times, and often use default passwords or fail to separate networks. Researchers have warned that these major security flaws could force organisations to choose between damaging operational downtime or paying hackers a ransom in order to resume business.

Staggs told an audience at Black Hat conference in Las Vegas: "What if we wanted to ransomware a wind farm? I'm not talking encrypting data, I'm talking about paralysing wind farm operations in such a way they are no longer able to produce electricity."

Staggs estimated that shutting down a wind farm for a single day would cost the energy provider up to $700,000, and the attacker could cause further damage if the victim does not comply.

David Emm, principal researcher at Kaspersky Labs, commented "It's clear that the world isn't ready for cyber-attacks against critical infrastructure this includes governments, law enforcement agencies, those who run such facilities and those who design and build them.

"Attackers, on the other hand, are clearly ready and able to launch attacks on these facilities. We've seen attacks on power grids, oil refineries, steel plants, financial infrastructure, seaports and hospitals."

The devastating impact of these kinds of ransomware attacks has been illustrated by a number of recent cases, including the widespread Wannacry outbreak that hit the NHS last month.

In that case, the under-funding of the NHS was partly blamed for the breach, with experts calling for more "trained, registered and accountable" security professionals to be recruited in future. Without them, the attack was dubbed inevitable.

"It's not sufficient to simply protect endpoints and networks, not least because no two facilities are the same," Emm continued. "Security must be tailored to the specific needs of each organisations and be seen as an ongoing process."