Brit returned to the UK to face bank cyber-attack charges 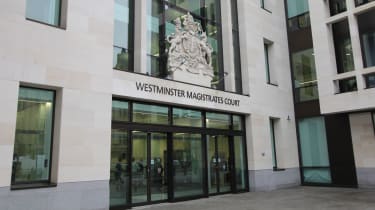 A 29-year-old man accused of launching cyber attacks on two British banks has been extradited from Germany to the UK.

Daniel Kaye, from Egham in Surrey, is accused of using the Mirai#14 botnet to "attack and blackmail" Barclays Bank and Lloyds Banking Group in January this year.

Lloyds Banking Group, which includes Halifax and Bank of Scotland, suffered a Distributed Denial of Service (DDoS) attack between 11 and 13 January this year. According to The Guardian, the attacker demanded 75,000 in Bitcoin to halt the attack.

Both attacks were successfully repelled without a ransom being paid.

Kaye is also alleged to have disrupted Liberia's biggest ISP, Lonestar MTN, which has led to him facing charges of endangering human welfare.

Kaye's arrest follows a joint investigation by the British National Crime Agency (NCA) and German BKA, with his extradition being brought under the European Arrest Warrant. He is due to appear at Westminster Magistrates Court later today.

NCA senior operations manager, Luke Wyllie, said: "The investigation leading to these charges was complex and crossed borders. Our cyber-crime officers have analysed reams of data on the way."

"Cyber crime is not victimless and we are determined to bring suspects before the courts," he added.