"It's so easy to find tools," warns Interpol's head of cyber strategy 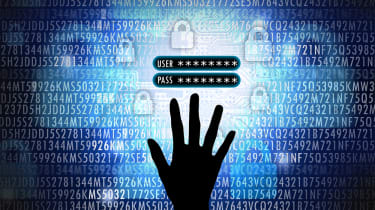 Hacking tools made readily available through dark web markets are making cyber crime as a service increasingly popular, according to Interpol's head of cyber strategy.

Cyber security professionals have warned of an increasing number of malware authors and hackers who, rather than attacking victims themselves, are instead acting as cyber arms dealers, selling toolkits that can be used by anyone to launch cyber attacks on targets.

Because this allows even non-technical users to mount attacks, researchers have noticed a marked rise in the number of cyber attacks being carried out, Christophe Durand told IT Pro. "Definitively, we have a proliferation of attacks thanks to the availability of tools," he said.

"It's so easy, especially for basic attacks. It's so easy to find tools, to find RATs, to find everything you need. I'm a father - I'm sometimes afraid of what my children could do if they came across these kind of tools."

While these tools are often sold to would-be hackers by their creators, many (such as the source code behind the Mirai botnet) are being given away free of charge. Durand theorised that this could be a tactic used by advanced cyber criminals to throw investigators off their scent.

"They tend to use zero-day techniques in order to be efficient in their business, and afterwards, when they understand that maybe they were up to a point that it could be easy for us to identify them - because it's a very specific attack, usually - that's when they decide to share and to spread the techniques, even the tools, for free sometimes."

Unfortunately, Durand also pointed out that operating on a cyber crime as a service model is something that hackers are likely to continue doing.

Interpol has been working with law enforcement bodies in member countries in order to tackle cyber crime. The organisation offers training for police in areas like digital forensics, emerging technologies and burgeoning cyber crime tactics.

"Obviously, we can't train every police officer around the world, but what we aim to do is train the trainers," Durand said. "We are currently defining a curriculum for cyber crime investigators, and we are providing training to our membership."

It also participates in initiatives like the No More Ransom scheme, a public-private partnership to make decryption keys for ransomware widely available.

Think tank Reform suggested last month that police forces should be authorised to remove officers who lack the necessary digital skills to tackle cyber crime, and Durand acknowledged that the digital skills gap is an area that police are struggling with as much as private companies.

"It's also a question of a generation gap, because many people in charge of police activities are people who are not from the generation which is used to being connected all the time," he said.

He compared it to the change in policing brought about by the invention of the motor car around a century ago: when automobiles became common, hardly any police officers knew how to drive, but they quickly had to learn. In many countries, it's now compulsory to possess a driver's license when applying to join the police.

"I think that we need... in the future... this kind of basic knowledge," he said.