IT contractor guilty of interfering with US Army database 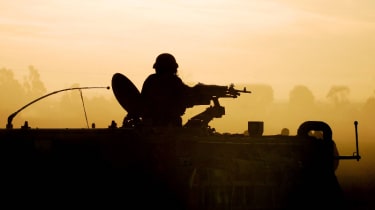 Mittesh Das, an IT contractor, has been found guilty by a jury in North Carolina for planting a "logic bomb" within the US military system with the intent to cause damage to a computer used for facilitating national security in November 2014.

Das, who used to control part of the US Army Database that managed the payroll systems, was replaced in 2014 when the contract was given to another company. It was after this incident that he initiated the destructive coding which was scheduled to go off just days after he left.

His "bomb" affected almost 200,000 US Army reservists as it delayed paychecks for an average 17 days and prevented the mobilisation of the US Army in December 2014.

The US Army Criminal Investigation Command (CID) investigated servers in Fort Bragg shortly after the incident which lead to his arrest in April 2016. Although the extensive damage was eventually fixed, according to the US Department of Justice, the labour costs for the US Army totalled $2.6 million.

The court document states that Das "knowingly caused the transmission of a program, information, code, and command" and that in doing so, "intentionally caused damage without authorisation to protected computers, which would and did cause damage affecting a computer used by and for an entity of the United States Government in furtherance of national defence and national security".

Daniel Andrews, director of the CID, warns against these cyber crimes, stating that they "will do everything in our power to help bring to justice those who attempt to sabotage or disrupt US Army operations in the defense of our nation".