A costly mistake for the Amazon-owned supermarket chain 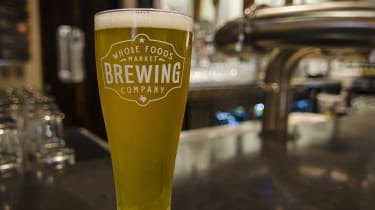 Whole Foods announced yesterday it has been a victim of a hack affecting customers' credit cards.

The hack concerned venues like taprooms and its full table service restaurants which use a different point of sale system than ones found in its stores. Whole Foods underlined that cards used in its stores were not affected by the hack.

"When Whole Foods Market learned of this, the company launched an investigation, obtained the help of a leading cyber security forensics firm, contacted law enforcement, and is taking appropriate measures to address the issue," the company stated.

"The company's investigation is ongoing and it will provide additional updates as it learns more. While most Whole Foods Market stores do not have these taprooms and restaurants, Whole Foods Market encourages its customers to closely monitor their payment card statements and report any unauthorized charges to the issuing bank."

Whole Foods underlined that Amazon, who took over Whole Foods for $13.7 billion in June, doesn't share the same IT systems as the supermarket chain and transactions on the website have not been impacted.

IT Pro has contacted Whole Foods and Amazon for more information.

Equifax's CEO announced his retirement earlier this week following the serious data breach which revealed up to 400,000 UK citizens' personal information and millions of US customers' details. The CEO is the third executive to leave the company following the CIO and CSO who also retired previously.

Equifax lost 143 million customer data records in May and added it had suffered a similar leak back in March. This cast a doubt over whether the executives knew about the incidents when selling company shares.