Microsoft sees 300% increase in cyber attacks in the last year

Microsoft's VP of enterprise mobility talks to us about cyber attacks, AI and Teams 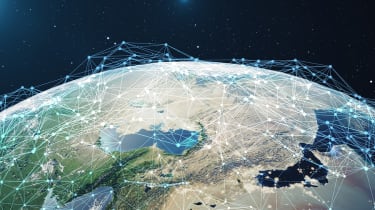 At IP Expo 2017 we caught up with Brad Anderson, Microsoft's VP of enterprise mobility to see what he had to say about the company's current and future work.

The company has seen a 300% increase in the number of attacks happening around the world in the last year, according to Anderson.

"We have this very unique perspective because we operate these 200 global services for both consumer and enterprise so we have a very unique view on these things as they happen," he said.

It's not only the number of attacks, but the sophistication in the attacks has increased too. According to Anderson, the most sophisticated ones he has seen are from nation states.

"The rate at which the attacks are happening, the sophistication of the attacks and the rate they spread once they get inside an organisation - its gone past the point where human capacity can take it themselves," he said. "You have to have something like a cloud, or multiple clouds, backing you up."

As enterprises move to new cloud services, the traditional perimeter based security model previously used to build a network wall around the company becomes worthless. This is because, according to Anderson, the data is located outside that perimeter now.

"In the past, when all the data is behind the firewall you could have a degree of protection there because somebody had to figure out how to punch through the firewall to get to your data. The data is in the cloud now, and so that perimeter based security model is no longer helpful because the data no longer passes through the perimeter anymore," Anderson added.

For Anderson, identity has become the new perimeter in a world of cloud services and mobile devices. "Your identity is the only thing that is common across all the services that your users are getting access to. And all these attacks you read about, 80% trace back to compromised user accounts. Identity is the most important thing for you to protect, period," he said.

Microsoft has been building an 'intelligence security graph'. This collates all the data across the company, from all of the services, and brings it together in one place. It brings in 10 TB of data a day and then applies the power of the cloud, machine learning and AI, Anderson added.

Furthermore, Microsoft applies risk scores to every single user's account, which is either low, medium or high. "We move that risk score up and down based on how that identity is being used. That now enables IT to express a policy that expresses the risk they are willing to take," explained Anderson.

He gave the example that if Microsoft says a user is scored at medium risk, an enterprise could create a policy where the user is not allowed to access the system until they pass a second factor of authentication.

Additionally, Microsoft is constantly tuning the algorithms, sometimes updating it 10 or 12 times a day, as it learns about new attacks.

Will Microsoft look into using AI more? Anderson replied: "Absolutely, I think we are still on the first fringes of it.

"I think we've understood the kind of easy things to go after in terms of providing intelligence but what we see is the engineers as they get deeper and deeper into this, the creativity is unlocked and they find different ways to use AI."

"We have Office 365 which has far more use in the enterprise than anything else on the planet."

Moreover, Microsoft Teams is now part of Microsoft [Office] 365, which Anderson has high hopes for. "We see Teams growing like crazy, the monthly active users of Teams is growing at an incredible rate. Today's employees work differently to employees five or 10 years ago. And that Teams metaphor is more aligned to that teamwork and getting things done than traditional email was. It's become more and more of a hub where people spend their time," said Anderson.

Microsoft announced last week it is converging Skype for Business into Teams. Anderson said this will make Teams the place to be working and collaborating for teamwork and, if users want to automatically send voice or video, it's now built in and completely seamless.