The servers held the "keys to the kingdom", but Accenture denies any risk-taking 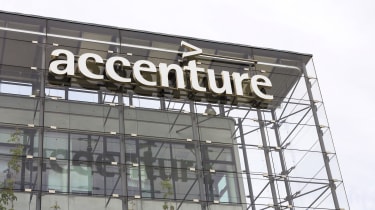 It is the latest firm to have been caught storing data in unprotected cloud servers, potentially leaving hundreds of gigabytes of data open to the public.

Security firm UpGuard first discovered the 137GB data trove in September and immediately alerted Accenture, which promptly closed the servers. Chris Vickery, director of Cyber Risk Research at UpGuard, said that the data would have given a criminal the "keys to the kingdom", in an interview with ZDNet.

The servers were found to contain a range of sensitive data types, including passwords stored in plaintext, and decryption keys that would have allowed a hacker to impersonate a company employee.

Although specific clients have not been named in the report, Accenture counts some of the world's largest companies among its customers, including 94 of the Fortune Global 100.

One server even contained Accenture's master keys for its AWS Key Management System (KMS), which would have granted complete control over any data stored on Amazon's cloud platform. Another held details on Accenture's Google Cloud and Microsoft Azure accounts, potentially allowing a hacker to gain access to the company's assets on other services.

"Taken together, the significance of these exposed buckets is hard to overstate. In the hands of competent threat actors, these cloud servers, accessible to anyone stumbling across their URLs, could have exposed both Accenture and its thousands of top-flight corporate customers to malicious attacks that could have done an untold amount of financial damage," added O'Sullivan.

In a statement to IT Pro, an Accenture spokesperson said: "There was no risk to any of our clients - no active credentials, PII and other sensitive information was compromised. We have a multi-layered security model, and the data in question would not have allowed anyone that found it to penetrate any of those layers. The information involved could not have provided access to client systems and was not production data or applications."

There's currently no evidence that any individual or group actively exploited the publicly available data.

However, it's yet another example of a company inadvertently storing sensitive data on misconfigured servers. Last month UpGuard notified US media conglomerate Viacom that it had been storing credentials needed to build and maintain the majority of its infrastructure inside an unprotected AWS server.

Two million Dow Jones customers also had their account details leaked when criminals accessed an unprotected server in July, and 13GB of data belonging to the AA was accessed in the same month after criminals found a misconfigured AWS bucket.

Varun Badhwar, CEO of security firm RedLock, said that the number of organisations using unprotected cloud storage services has increased this year, despite warnings from the likes of Amazon about the risks of misconfigured buckets.

"The fact that a large database of credentials was compromised in this breach creates additional opportunities for hackers to infiltrate the network," said Badhwar.

"It's imperative that any organisation facing this type of incident replace all compromised credentials immediately. But more importantly, they must vigilantly monitor their environments for intrusions by looking for suspicious activities to contain any potential breaches."