30% of CEOs have had their credentials leaked 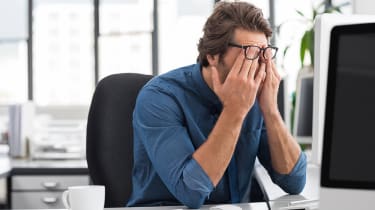 Almost one in three CEOs have had their usernames and passwords leaked as part of a data breach, new figures have shown.

It found that 30% of CEOs had their password leaked when a service they had signed up for with their corporate account fell victim to a breach.

The biggest cause of this was professional networking service LinkedIn, which was linked to 53% of the leaked accounts F-Secure analysed. Hackers infiltrated the service back in 2012, then last year released the account details of 117 million people.

Next on the list was Dropbox, which 18% of CEOs had signed up to. F-Secure did, however, point out the caveat that someone else could have used a CEO's email address to attempt to sign up for a service.

The issue of password re-use - where people use the same login details for multiple services - means that CEOs may need to change the passwords for other services than those their email addresses were leaked by.

For instance, hackers could try CEOs' credentials leaked in the LinkedIn and Dropbox breaches to attempt to gain access to sensitive corporate information through credential re-use attacks.

"This study once again underscores the importance of proper password hygiene," said F-Secure CISO Erka Koivunen. "The CEO's credentials may have leaked even when they have done nothing wrong.

"We can assume that many of the services we've created an account in have already been compromised and the old passwords are out there on the internet, just waiting for targeted, motivated attackers to try them against other services."

In addition to this, more than 80% of CEOs were found to have had personal information - including email addresses, physical addresses, phone numbers and dates of birth - exposed via leaked marketing databases and spam lists.

In fact, less than one in five CEOs had no leaks whatsoever associated with their email address.

On the other hand, Koivunen also pointed out that signing up to services with a privately-controlled email account may not necessarily be any more secure.

"When using a private email, a personal phone number or a home address to register for a service that the CEO uses to conduct official business, the CEO effectively denies the company's IT, communications, IPR, legal, and security teams a chance to protect the credentials, monitor their misuse or attempts to compromise them and makes it nearly impossible to recover them later," he said.

"To an attacker, a CEO who uses private email to register for a service they use in an official capacity spells a loner - someone who goes it alone and doesn't bother to rely on his/her staff to provide protection."