Dell web address grabbed by a third party for a month

The address 'could have spread malware' to unsuspecting Dell customers 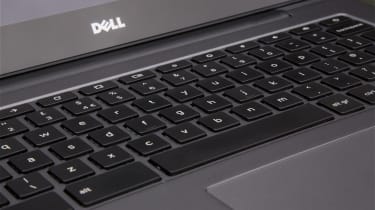 A web address used by Dell to help customers restore their data was taken over by a third party for a month last summer.

Security expert Brian Krebs learnt the site may have been hijacked for a month between mid-June and mid-July.

The backup and recovery program installed on Dell computers periodically checks a web address called DellBackupandRecoveryCloudStorage.com. A software backup and imaging company called SoftThinks, one of Dell's partners, previously had control of this address but it appears it forgot to renew the domain in mid-June.

Krebs wrote: "From early June to early July 2017 DellBackupandRecoveryCloudStorage.com was the property of Dmitrii Vassilev of  "TeamInternet.com," a company listed in Germany that specializes in selling what appears to be typosquatting traffic. Team Internet also appears to be tied to a domain monetization business called ParkingCrew."

He added: "It could be that Team Internet did nothing untoward with the domain name, and that it just resold it or leased it to someone who did. But approximately two weeks after Dell's contractor lost control over the domain, the server it was hosted on started showing up in malware alerts."

This is according to Celedonio Albarran, who is vice president of IT infrastructure at Equity Residential. He reported that several of  his computers reached out to the web address but were prevented from making a connection, Krebs reported, because "the Internet address tied to the domain was new and because that address had been flagged by two security firms as pushing malicious software".

Albarran told KrebsOnSecurity that he found no evidence of any malware installed on his devices as a result of the traffic. However, he did say his systems were blocked from visiting the domains on 28 June 2017.

Krebs also pointed out that AlienVault's Open Threat Exchange lists the internet address that was assigned to the web address in June as an Amazon server which is "actively malicious", even today.

A spokesperson for Dell told IT Pro: "A domain as part of the cloud backup feature for the Dell Backup and Recovery (DBAR) application, www.dellbackupandrecoverycloudstorage.com, expired earlier in 2017 and was subsequently purchased by a third party. The domain reference in the DBAR application was not updated, so DBAR continued to reach out to the domain after it expired. Dell was alerted of this error and it was addressed.

"We do not believe that the Dell Backup and Recovery calls to the URL during the period in question resulted in the transfer of information to or from the site, including the transfer of malware to any user device."