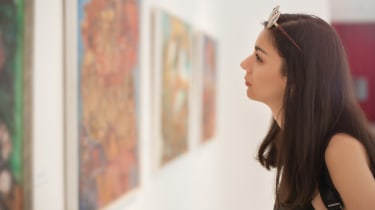 Art galleries and dealers in the UK are being targeted by an email scamming campaign that has managed to defraud victims out of hundreds of thousands of pounds.

Hackers have been able to scam art organisations and independent dealers by breaking into email accounts to monitor correspondence with their clients, and syphoning off payments for artwork, according to the Art Newspaper.

The scam involves hackers intercepting the PDF invoices sent to customers, which are then replaced with duplicate fraudulent invoices with instructions to send payments to a different account. Once the money is wired to their account, the hackers are then able to move the money to untraceable locations, and avoid detection.

It's thought at least nine galleries in London and the US have been scammed in this way, as well as London dealers Simon Lee, Thomas Dane, Laura Bartlett.

"We know a number of galleries that have been affected. The sums lost by them or their clients range from 10,000 to 1 million," said Adam Prideaux, an insurance broker for Hallett Independent, speaking to the Art Newspaper. "I suspect the problem is a lot worse than we imagine."

The Rosenfeld Porcini art gallery in London said it had been trying to secure stolen payments on behalf of a gallery client for the past 18 months, after criminals intercepted the invoice meant for a customer, while another gallery told the newspaper it had been scammed out of "hundreds of thousands of pounds".

While typically not the sort of organisations you would associate with cyber attacks, the large sums often handled in a single transaction are proving to be a lucrative target for criminals, particularly as many of the targets rely solely on email communication.

"Targeting art galleries in this way is quite unusual, in that social engineers typically impersonate CEOs or CFOs in order to move funds," said Nir Polak, CEO at security firm Exabeam. "Getting in the middle of potentially huge transactions that normally occur entirely over email is a great example of cyber fraudsters broadening their sights in a bid to take advantage of wherever a weak link lies."

Thomas Fischer, Global Security Advocate at Digital Guardian, said that it's the responsibility of every organisation to ensure they're ready to combat security threats.

"These attacks, known as 'man-in-the-email', show us just how successful social engineering tactics can be at extorting money from victims," said Fischer. "In order to combat these attacks, businesses should implement multi-factor authentication wherever it is available."

"[Employees] should be taught to be skeptical of urgent money transfer requests, especially from C-level executives, and verify those requests, either by phone or in person," added Fischer.

The Society of London Art Dealers has said it had previously warned its members about email fraud, and has now released further cyber security materials following the recent scam.