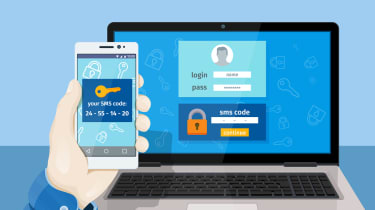 With the threat landscape ever-changing, it’s essential to take measures both straightforward and sophisticated to safeguard your organisation.

Cyber threats are widespread and are only becoming more prevalent for businesses. As many as 16.5 million Brits fell victim to cyber crime over the past year, costing organisations a staggering £1.4 billion. While there are high costs involved in implementing the proper security measures, the costs of doing nothing – through losses and penalties – so are many orders of magnitude greater.

One of the simplest, but most effective, steps that businesses and employees can take is implementing two-factor authentication (2FA). Password hygiene is essential to safeguarding your identity and personal data, with password reuse such a huge problem that cyber criminals are often able to reuse stolen credentials across multiple platforms. It’s certainly more convenient to remember one or two passwords, but repeating passwords on bank accounts, email addresses and social media sites, among other platforms, leaves individuals vulnerable to exploitation.

Implementing 2FA can go some way towards adding an extra barrier of entry for both yourself, yes, but also any third-party attempting to access your account. While security questions seeking personal details like the name of your first family pet, or mother’s maiden name, may go some way towards shielding user accounts, they’re easy to establish, often by rummaging through social media accounts.

Adding the second authentication factor, whether this is by delivering a code by text message or email, or using an authenticator app, adds a far more robust protective layer. While it may seem arduous to jump through this hoop time and time again, the benefits of having these hoops in place are untold.

Broadly speaking, authentication falls into three categories: knowledge factors, possession factors and inherent factors. Knowledge normally means something the person has to remember, like a PIN or password, while possession means a secondary device, like a key fob, card reader or smartphone.

Inherent factors, on the other hand, use a person's unique attributes, which are typically biometrics like a fingerprint, iris or retina scanning, or voice recognition. This is less common in general life and business but can be seen in more high-security situations as the second or subsequent level of authentication.

How does two-factor authentication work?

Two-factor authentication invariably uses a second, independent device that functions as a buffer between the service and the login attempt.

Some services will supply their own keys, although this has become less common as companies have turned to developing their own smartphone apps or making use of SMS messages. Regardless of whether it's a number-generating key or a confirmation message, the idea is that only the owner of the device will have access to the key and the ability to authorise the login attempt.

The additional security check normally appears after the user has submitted their username and password. Once the system checks that the account exists, it will then ask the user to perform an additional action.

Two-factor authentication has become ubiquitous with most online services that involve sensitive data, whether it’s banking or financial services, ecommerce, or business applications – although many other companies are starting to offer 2fa to stand out from competition.

How that additional layer appears can vary from service to service. For example, most banks now have their own security tokens for online banking, often in the form of random number generators and usually offered through a smartphone application, although some users may still be using a physical fob. However, many online services have taken to using two-factor checks offered by Google, which allows them to embed an additional layer of security without the associated development work.

Getting through a second layer of security can be the slowest part of signing into a service, however, it's an effective way of sifting out those trying to brute force their way into an account.

Despite the benefits it offers, it's worth noting that multi-factor authentication is not 100% secure.

Authentication via text message is vulnerable to interception and spoofing by hackers, particularly if they can hijack an account that supports a person's mobile number.

Various account-recovery processes for lost passwords can be harnessed by hackers to work around two-factor authentication as well.

And sophisticated malware that has infected computers and mobile devices can redirect authentication messages and prompts to a device belonging to a hacker, rather than the legitimate account holder, thereby working within but also around two-factor authentication.

While two-factor authentication may not be quite the security silver bullet it was once expected to be, it's still an important area of security and access control to keep in mind when procuring and setting up services for your business or personal life, because the more hurdles you can put in the hackers way, the less likely they are to target you.