Usernames and passwords stolen by hackers 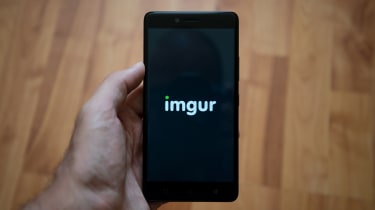 Picture hosting site Imgur has confirmed that 1.7 million user credentials were stolen as part of a hack that took place in 2014.

The attackers made off with email addresses and passwords, but the company stated that no other data was included in the breach, as "Imgur has never asked for real names, addresses, phone numbers, or other personally-identifying information".

The company has already begun resetting the passwords of affected users and has released a public disclosure notice detailing the breach and Imgur's response to it.

"We are still investigating how the account information was compromised. We have always encrypted your password in our database," the company stated, "but it may have been cracked with brute force due to an older hashing algorithm (SHA-256) that was used at the time. We updated our algorithm to the new bcrypt algorithm last year."

Imgur, which has around 150 million monthly users, is one of the web's most widely-used picture hosting services, hosting images that are posted to internet message boards and social networks such as Reddit.

Imgur was alerted to the breach by Troy Hunt, the security researcher behind data breach cataloguing website Have I Been Pwned. He praised the company for its swift response to the incident after he told them on Thursday.

"I disclosed this incident to Imgur late in the day in the midst of the US Thanksgiving holidays," Hunt told ZDNet. "That they could pick this up immediately, protect impacted accounts, notify individuals and prepare public statements in less than 24 hours is absolutely exemplary."

I want to recognise @imgur's exemplary handling of this: that's 25 hours and 10 mins from my initial email to a press address to them mobilising people over Thanksgiving, assessing the data, beginning password resets and making a public disclosure. Kudos! https://t.co/jV8MDscXLT

Hunt also said that more than half of the email addresses included in the incident had already appeared in Have I Been Pwned's database of previous breaches.

In addition to its users, the company said that it is planning to inform law enforcement agencies in its home state of California. "We take protection of your information very seriously and will be conducting an internal security review of our system and processes," Imgur said. "We apologize that this breach occurred and the inconvenience it has caused you."