The bug allowed unauthorised access to smart locks and other devices 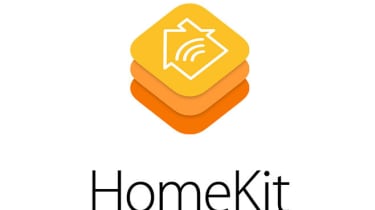 A HomeKit vulnerability was found in the current version of iOS 11.2 that gave unauthorised access to connected smart devices like smart locks and garage door openers.

The vulnerability was demonstrated to 9to5Mac which kept its detail under wraps in order to prevent oportunistic hackers from exploting the security hole.

The report stressed that the issue was not with the accessories themselves but with the HomeKit framework as a whole which connects smart products from different companies.

It allowed third-party remote control of these HomeKit connected accessories, such as lights and thermostats as well as the more serious devices like locks and door openers, posing a potentially serious security problem.

The bug affected those with at least one device on the iOS 11.2 connected to a HomeKit user's iCloud account, while those with earlier operating systems were not affected.

Users who were affected don't need to take any action to secure their devices as Apple has already implemented a server side update, which has fixed the problem. However, the fix does disable some of the HomeKit functionality for remote users, although the disruption to the service's functionality will be fixed in the future iOS update.

"The rush to make every home device smart turns out to be a stupid decision as we learn about more and more vulnerabilities in IoT devices. As it stands right now, there's no liability for companies building insecure devices so we'll continue to see the market flooded with cheap "smart" devices. Owners need to be vigilant in monitoring for device updates if they choose to deploy these in their own homes," senior security researcher at Cylance, Jeff Tang, told IT Pro.

Such a security hole demonstrates how the spread of more smart and connected devices in the consumer and business technology world, thanks to the continued growth of the internet of things (IoT), can inject more potential cyber attack vectors into home and office networks.

As such, there is more work that needs to be done to mitigate these risks and establish standards of cyber security in the IoT world before it grows out of control.