The fixes arrive over two weeks after buggy patch release 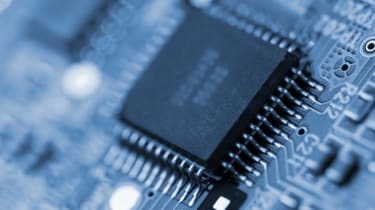 After issuing a patch to fix the Spectre and Meltdown flaws in its Skylake chips, then telling users not to download it after all because it was causing performance issues, Intel has finally issued a working update.

It arrives over two weeks after original buggy patch release, where the chip giant quickly decided to advise customers not to download it, and Microsoft issued an update to reverse it.

At the time, the firm's executive vice president, Navin Shenoy, apologised for the issues being caused and recommended OEMs, cloud service providers, system manufacturers, software vendors, and end users "stop deployment of current versions on specific platform as they may introduce higher than expected reboots and other unpredictable system behaviour".

However, Intel has said that a working update free of any nasty side effects is now shipping to its PC partners with a fresh code that doesn't cause system instability. Although the new patch addresses just a subset of the affected users, focusing on those who own Skylake-based Core or Core M processors.

While Intel said late last month it was testing a fix for Haswell and Broadwell PCs, it's still yet to roll this out. But an Intel blog post revealed patches should be hitting "more platforms in the coming days."

The new patch has been a long time coming for some, and might be too little too late. Especially Linux creator Linus Torvalds, who lambasted Intel for the fiasco surrounding its patching process, calling the fixes "pure garbage".

In a post on the Linux kernel mailing list, Torvalds said the patches "do literally insane things" to the performance of the systems they are installed on.

"They do things that do not make sense," Torvalds said. "That makes all your arguments questionable and suspicious. The patches do things that are not sane. WHAT THE F*CK IS GOING ON?"

He continued to rant that the patches are "ignoring the much worse issue, namely that the whole hardware interface is literally mis-designed by morons".