Data belonging to more than 119,000 citizens was discovered on an unsecured server 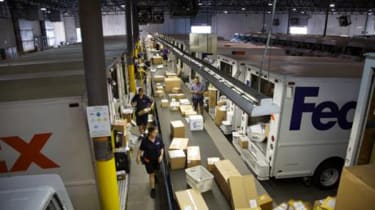 Global package delivery business FedEx Corp has locked down identification records and data that were left exposed on an unsecured server.

It came after the security firm Kromtech said its researchers found the unsecured server on 5 February before it was closed to public access on Wednesday.

The server had contained data belonging to more than 119,000 citizens from around the world, including passports, driving licenses and security identification.

A FedEx spokesperson told IT Pro: "After a preliminary investigation, we can confirm that some archived Bongo International account information located on a server hosted by a third-party, public cloud provider is secure. The data was part of a service that was discontinued after our acquisition of Bongo.

"We have found no indication that any information has been misappropriated and will continue our investigation."

The data had been stored on an Amazon S3 storage server hosted by a third-party public cloud provider and collected by a company called Bongo International, which calculated international shipping prices and was acquired by FedEx in 2014.

This will simply spark further questions as to the cyber security of FedEx after it follows a cyber attack last year on FedEx's Dutch TNT Express Unit, which saw the company lose around 215m from its quarterly profit.

It will also raise questions of cloud security after private data was leaked from some high-profile companies over the past year.

The NSA, for example, was hit and lost over 100GB of highly sensitive data, which was also stored on an unprotected Amazon S3 storage.

Data breaches on the cloud-based S3 buckets are not uncommon, after two million Dow Jones customers had their data leaked, while Accenture and WWE were also hit by serious data breaches.

IT Pro has contacted FedEx for a comment on the data leak, but the company has yet to respond.