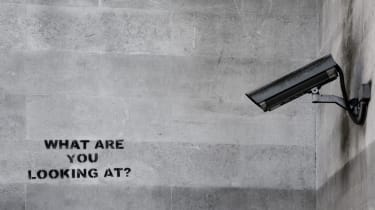 With a crowdfunded legal challenge, the civil liberties group has asked the High Court to grant its request for a judicial review of the Met police's use of the technology.

Baroness Jenny Jones has joined the challenge to bring the legal claim against the Home Office Secretary Sajid Javid and the Met Police commissioner Cressida Dick.

"The police's refusal to stop using automated facial recognition cameras leaves me with no choice but to bring this human rights challenge," she said. "This new form of surveillance lacks a legal basis, tramples over civil liberties, and it hasn't been properly debated in Parliament.

"In a democracy like ours, individuals should not be identified and tracked by the state in this way. The Home Office bears responsibility for allowing this lawless growth of police facial recognition. I very much hope the court will ensure the current situation is brought to an end without further delay."

The Met even admitted that as a result of using facial recognition it had stored 102 innocent people's biometrics data for 30 days and that the software had led to zero arrests. Despite this, the force still continued to trial facial recognition technology at selected events.

"It is the public's support that has allowed us to bring this legal challenge,"  We're hoping the court will intervene, so the lawless use of facial recognition can be stopped. It is crucial our public freedoms are protected."

The Home Office published a Biometrics Strategy last month. IT Pro understands that the department plans to create an oversight board comprising the biometrics commissioner, the information commissioner, representatives from the police, Home Office, the SCC, the Biometrics and the Forensic Science Regulator.