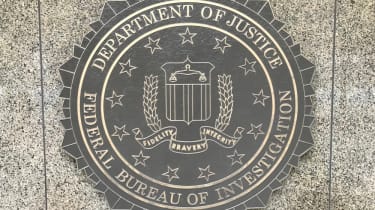 According to federal indictments, Ukrainian nationals Dmytro Fedorov, Fedir Hladyr and Andrii Kolpakov are currently in custody facing charges filed at a district court in Seattle.

The arrests were announced by assistant attorney general Brian Benczkowski of the Justice Department's criminal division and special agent in charge, Jay Tabb Jr. of the FBI Seattle field office.

"Three Ukrainian nationals indicted today allegedly were part of a prolific hacking group that targeted American companies and citizens by stealing valuable consumer data, including personal credit card information, that they then sold on the Darknet," said Benczkowski.

"Because hackers are committed to finding new ways to harm the American public and our economy, the Department of Justice remains steadfast in its commitment to working with our new law enforcement partners to identify, interdict and prosecute those responsible for these threats."

The three men are said to be high profile members of the prolific hacking group FIN7, also referred to as the Carbanak Group and the Navigator Group, among other names.

Since at least 2015, it is alleged these men were instrumental in a highly sophisticated malware campaign targeting more than 100 American companies, within the restaurant, gaming, and hospitality sectors, hacking into thousands of computer systems and stealing millions of customer credit and debit card numbers, which the group used or sold for profit.

"The naming of these FIN7 leaders marks a major step towards dismantling this sophisticated criminal enterprise," said special agent Tabb. "As the lead federal agency for cyberattack investigations, the FBI will continue to work with its law enforcement partners worldwide to pursue the members of this devious group and hold them accountable for stealing from American businesses and individuals."

FIN7 has successfully breached the computer networks of companies in 47 states and the District of Columbia, stealing more than 15 million customer card records from over 6,500 individual point-of-sale terminals at more than 3,600 separate business locations.