Hackers take a swing at the Ryder Cup 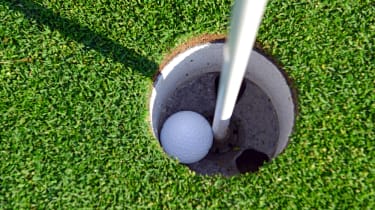 Hackers have targeted the governing body of international golf tournaments, the PGA, by locking officials out of crucial files.

The staff of the Professional Golfers' Association (PGA) realised on Tuesday morning that the systems had been compromised when attempts to access files for the upcoming tournaments generated an ominous message.

"Your network has been penetrated," the message stated. "All files on each host in the network have been encrypted with a strong algorithm. This may lead to the impossibility of recovery of certain files."

The files are allegedly related to this week's PGA Championships at Bellerive Country Club and next month's Ryder Cup in France and contain creative materials, such as extensive promotional banners and logos used in digital and print communications. There are even unseen designs for logos for future PGA events.

The hackers encrypted the files for ransom, offering a Bitcoin wallet number, but no ransom amount has been specified.

According to Golfweek, a spokesperson for the PGA said it would not comment on the situation as it is still ongoing and that the organisation had not yet resolved the issue.

Barry Shteiman, VP of research and innovation at Exabeam, highlighted the conundrum facing organisations that fall victim to ransomware.

"To pay or not to pay, that is the seemingly million-dollar question when it comes to ransomware," Shteiman said. "While many security experts warn about paying ransoms or entering into negotiations, the answer, in reality, comes down to simple economics.

"If the downtime caused by data being unavailable, or by the backup restoration process is more expensive than paying the ransom, then organisations should pay. Equally, if giving up on the encrypted data has a higher cost in lost revenue or intellectual property than remediation, then you can also see why an organisation would pay the ransom."

Over the last couple of years, a number of sporting events have been targeted by hackers, such as the Winter Olympic in North Korea, last season's Champions League Final in Kiev and this summer's World Cup, where Android users were tricked with malicious apps called 'Golden Cups'.

A study of ransomware victims released in March found that of those that paid up only 49% had their data handed back to them. Interestingly, of those that refused to pay, a staggering 89% said they eventually recovered their data.