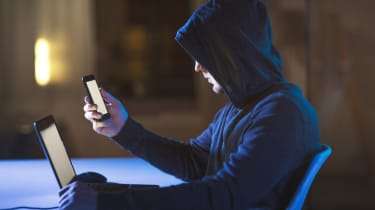 An undercover security unit which infiltrates groups of cyber criminals has unearthed an alarming rise in fraudulent transactions carried out via mobile apps.

The findings, published in RSA's latest global fraud report for Q2 2018, found that from 1 April to 30 June, the fraudulent activity carried out via mobile browsers and applications made up 71% of overall fraud transactions, an increase of 16% on the previous year.

The report also highlighted the rise in rogue mobile apps, identifying 9,185 that have become the most common vehicle for attacks, with fraudsters using burner devices and throwaway accounts to carry out their endeavours.

These burner devices or fake accounts used by hackers also contributed 27% of the total value of fraudulent payments despite just 0.4% of legitimate payment transactions being attempted from a new account or device.

A burner device is usually an affordable mobile phone that can be used temporarily until it is deemed 'burned' meaning it is too risky to use. These devices can be purchased with prepaid minutes and without any contracts, allowing the user/users to easily mask their identity. This method of theft is particularly lucrative, with the report stating the average fraud transaction is now valued at $355.

During the undercover operation, the unit also recovered nearly 5.1 million unique compromised cards and card previews from reliable online fraud stores and other sources - a 60% increase in the volume of cards recovered by RSA in the previous quarter.

The report also warned of "human-not-present" fraud, highlighting how autonomous machine purchases will result in new authentication challenges for consumers, banks and merchants who will have to change their behaviour to better manage the risk.

"The modern techno-philosophy seems to be moving rapidly toward increased frequency and depth of automation directed toward tasks that traditionally required human participation, thus giving rise to a new age, one consisting of 'Human-not-present' transactions," the report stated.