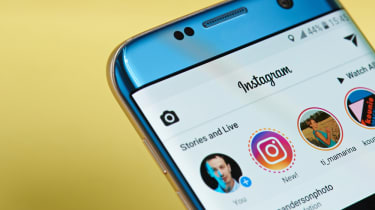 Instagram users have taken to social media to report a mysterious hack in which their accounts names and profile pictures had been changed.

Many users took to Twitter to report the hack and also complain that image sharing site needed to do more to help them.

Mashable reported that users found their registered email addresses had been altered to accounts originating from the Russian email provider mail.ru and their avatars changed to either random people or stills from popular Pixar and Disney films.

"We work hard to provide the Instagram community with a safe and secure experience," an Instagram spokesperson said in a statement. "When we become aware of an account that has been compromised, we shut off access to the account and the people who've been affected are put through a remediation process so they can reset their password and take other necessary steps to secure their accounts."

However, the security process that Instagram has in place has been heavily criticised by the victims of the hack, saying it sends them round in circles. The company relies on a largely automated account recovery process that is time-consuming.

Speaking to Mashable, Abigal Nowak, who uses Facebook as part of her day job as a social media manager, had been shut out of her account for five days, despite several attempts to contact Instagram.

"The maze that Instagram sends you on to get your account back is laughable and leads to broken/dead links and emails from robots which lead nowhere," said Nowak.

So far, hundreds of Instagram users who have reported similar attacks since the beginning of August, many of them using Twitter to contact Instagram. According to data from analytics platform Talkwalker, there have been more than 5,000 tweets from 899 accounts mentioning Instagram hacks just in this last week alone.

The mail.ru address suggests Russian hackers are responsible nut so far no details of who has carried out the attack has emerged.