Hacker claims to have 20,000 customer records, but evidence casts doubt 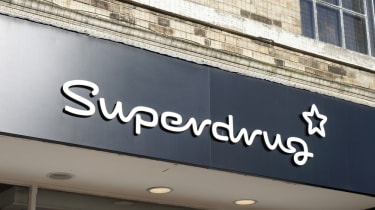 Superdrug has warned customers to change their passwords, following news that an unidentified hacker has claimed to have stolen the personal information of around 20,000 customers.

The hacker shared 386 accounts as proof of this breach, according to Superdrug, and demanded a ransom from the company. However, Superdrug stated that their systems have not been breached.

"We believe they obtained customers' email addresses and passwords from other websites and then used those credentials to access accounts on our website," the company said in a statement. "We have worked with our independent IT security advisors who have confirmed that there have been no signs of a hack of our systems (for example, there has been no mass data download or extraction from our systems)".

"They also confirmed that the 386 accounts that were shared by the individual as proof of the attack were accounts that had been obtained in previous hacks unrelated to Superdrug."

In short, it appears as though the hacker has gathered a list of email addresses and passwords released as part of previous data breaches and then used a technique known as 'credential stuffing' - in which known username and password combinations are tried against a variety of online services - to find matches for Superdrug accounts.

Superdrug told IT Pro that the hacker's claim of holding 20,000 customers' details "has not been confirmed", indicating that they may simply be bluffing, and hold only the 386 accounts that they shared as an alleged 'sample'.

In a statement to IT Pro, the company stressed that no payment card data was compromised but said that cyber thieves may have accessed names, email addresses, dates of birth, phone numbers and rewards point balances for some customers.

The company has directly notified individuals that it thinks may have been effective, and has advised customers to change their online account passwords "as a security precaution", although some customers have reported difficulties doing this as the Superdrug website would not let them log in due to high volumes of traffic.

"We are aware that some customers we contacted and asked to change their passwords had difficulty logging in due to the number of people who were using the website," the company said, "and we apologise for any inconvenience caused."