Airline said it has contacted customers about the data breach 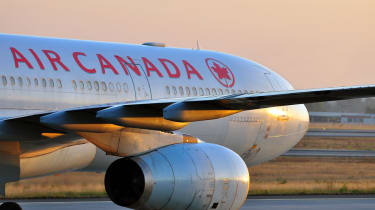 Air Canada has issued a warning on its website that its app has suffered a data breach that may have resulted in the theft of thousands of its customer's personal data.

The airline has undertaken an investigation into "unusual" login behaviour on its app, which has approximately 1.7 million users of which 1% or 20,000 profiles may potentially have been improperly accessed.

"We detected unusual login behaviour with Air Canada's mobile App between Aug 22 and 24, 2018," a spokesperson said on the company's website. "We immediately took action to block these attempts and implemented additional protocols to protect against further unauthorized attempts."

The airline said customer privacy and the protection of their data is extremely important. It stressed that it has multi-layered security and that it works with leading industry experts to continuously improve company practices with technology and security procedures.

According to the website warning, all credit card information is protected by encryption, but customers are being advised to monitor credit card transactions and contact financial services providers immediately if they become aware of any unusual or unauthorised activities.

As an additional security precaution, all Air Canada mobile app accounts have been locked to protect customers data, but potentially many of its users' basic profile data could have been taken, including names, email addresses and telephone numbers. There is also a worry that extra information added by users has also been accessed, such as passport details.

Airline apps are generally a lot smarter than they used to be, with the boarding pass, video playback and payment functionality being added to the usual frequent flyer points display. And all of those advanced features have to work on a plane, which is largely an offline environment, where network-based security tools won't help.

"We would expect to see the strong level of app protection that gets applied to mobile wallet apps and commercial video playback apps, but airline apps are still not being obfuscated and they still store all the offline data in unencrypted databases. It isn't hard for an attacker to reverse engineer these apps and work out how to extract all the user data."

This is the latest data breach resulting from a company app, last month social media app Timehop became the victim of a "network intrusion" that affected some 21 million of its users because it didn't have multi-factor authentication.