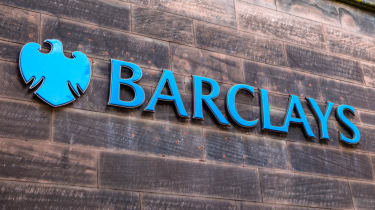 Update 17:13: Barclays has confirmed the earlier issues have now been resolved, although telephone calls are still subject to lengthy wait times. In a statement to IT Pro, a spokesperson said: "We're very sorry about the technical problems our customers have experienced today. Everything is now back up and running, and we're really grateful for customers bearing with us."

A spokesperson for the bank told IT Pro that it is "currently experiencing some technical problems", but was unable to elaborate on what was specifically causing the downtime.

"Customers are still able to use Barclays Mobile Banking app to check their balance, make and receive payments. We're on it, and as soon as it's fixed we'll let you know."

Online banking has been down for a number of hours at the time of writing, and branch services are also reportedly impacted.

On Twitter, a number of customers have complained that they are unable to make business payments. Barclays Mobile Banking does appear to be working, as does withdrawing money from ATMs. There have however been reports of Barclays cards being declined.

@BarclaysUKHelp @Barclays 5am, just got off a flight and can’t buy my train ticket home because all my cards are declining??? Tired and so frustrated. Who’s going to pay my bill for using an international credit card just to get home?

@Barclays what’s the problem with your online banking? I’ve been trying to log in for over an hour in order to sort people’s wages out for tomorrow... incredibly frustrating, especially since there’s no news forthcoming... will be left with several unhappy workers to deal with...

Barclays has yet to say what caused the outage, and how long it expects it services to be impacted. Updates will be available on the company's service status page.