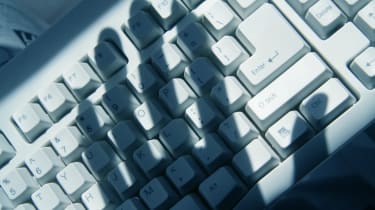 Online banking scams carried out against UK citizens are reaching fever pitch, with fraudsters taking advantage of flaws in online banking services and the anonymity of email exchanges to steal money.

According to a report from Finance UK, a trade association for the finance industry, the amount stolen in crimes such as these over the course of the first half of 2018 exceeds 500 million. Many of these were perpetrated via technology, either online or through phone calls.

The majority of the money was lost through unauthorised fraud, netting 358m from over a million cases averaging to around 345 stolen per victim. Unauthorised fraud occurs when the owner of a bank card or account doesn't authorise the transaction, such as when their details have been stolen or hacked by a third party.

While the total amount stolen in this way is down 2% year-on-year, the number of victims has increased by 10% from last year.

The secondary type of fraud is Authorised Push Payment (APP), which covers a range of scams that convince the legitimate account holder to authorise a payment to an illegitimate source. These scams stole 145m from 34,000 cases.

APP cases can be broken into two distinct categories. The first is malicious payee payments, in which the victim thinks they are sending money for a legitimate service such as payment on a product. This type of scam is prolific on social media groups or auction websites.

The second type of APP fraud is malicious redirection payments, in which the victim actually is trying to send a payment to a legitimate source however, scammers direct them to send the payment to a fraudulent third party, usually by impersonating a police or bank official. While this type of scam is less prevalent, the average amount stolen is higher.

Accompanying the study, a statement from Finance UK's managing director of economic crime Kate Worobec pledged that "the finance industry is committed to fighting back, investing millions in security systems and cyber defences to protect customers.

"We have brought in new standards to ensure scam victims get the help they need from their payments provider; we are supporting law enforcement in disrupting the criminals and freezing stolen money, and we are assisting the government in improving intelligence sharing to extinguish the threat."

As Worobec suggests, it's not all doom and gloom. For every 2 stolen by fraudsters, the finance industry prevented another 3 from being taken through unauthorised means. The total saved in just six months totals 705.7m. Finance UK highlights Take Five to Stop Fraud, a collaborative campaign with the Home Office which provides education on spotting frauds, as a successful means of protecting money.

Prolific internet users know what it's like to be inundated with annoying scams, and as such can recognise them easily. However, the broad range of scams perpetrated mean that everyone is a potential victim, and it's important to always remain safe online.