The service allows HaveIBeenPwned? to tap into millions of new users to bolster its database 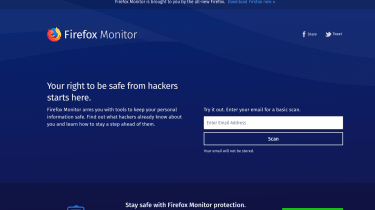 Mozilla has unveiled Firefox Monitor, designed to help people see whether their email address or personal details have been stolen after a data breach.

The system works by scanning your email address against a database of information confirmed to have been leaked in security breaches. If it has been marked as potentially stolen by hackers, Mozilla will notify you so you can change your username and passwords if need be.

Firefox Monitor isn't just reserved to check whether your details have already been stolen, but if you sign up to the company's continuous monitoring service, you'll be notified when new breaches hit its database and it thinks your information may have been compromised. 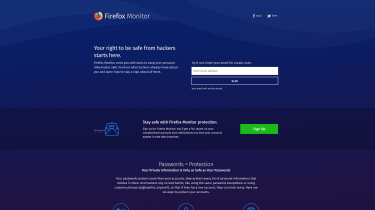 The service has been created in partnership with popular breach notification site HaveIBeenPwned, tapping into the site's breach API and data. Last November Mozilla introduced a Breach Alerts feature that used the same data to display to Firefox users whether the site they were visiting had been involved in a security breach in the past. This new announcement goes one step further by essentially baking HaveIBeenPwned into the Firefox brand.

In June this year, HIBP founder Troy Hunt revealed on his blog that both he and Mozilla were working to bring the notification alerts to the Firefox platform, and since that time Firefox Monitor has been in a trial phase.

"I'm really happy to see Firefox integrating with HIBP in this fashion, not just to get it in front of as many people as possible, but because I have a great deal of respect for their contributions to the technology community," explained Hunt in a post at the time.

It's worth noting though that Firefox Monitor isn't attached to Firefox it's a separate service that can be accessed from any browser. You may be wondering then, why bother creating what's essentially a clone of HIBP? Simply put, both brands stand to massively benefit, as Mozilla is able to bolster its position as a security-first browser while HIBP gets to tap into millions of additional users that can be used to expand the number of emails being monitored.