IP Expo: Stop the security incident to prevent the breach

It only takes 1 hr and 58 min for a security incident to turn into a breach, says CrowdStrike 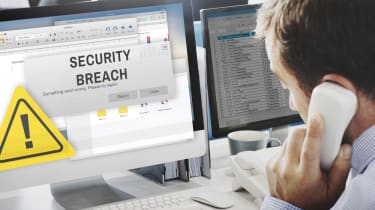 It only takes one hour and 58 minutes for a security incident to turn into a full breach of security, says CrowdStrike.

Speaking at a keynote for cybersecurity stories, the company's technology strategist, Zeki Turedi, said that organisations were too slow to deal with initial security incidents.

The threat of a cyber attack can come in many forms, often in various guises of malware, and it's a very real threat to organisations and businesses around the world. According to Turedi, there are around one trillion security events every single day and often, people take a long time to patch.

When a company suffers a security incident, it's usually one machine infected or hacked, and according to Turedi, it takes just one hour and 58 minutes, on average, to move on to other machines and gain the credentials to start a full-scale security breach. 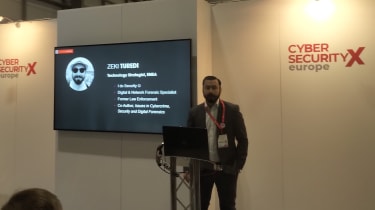 Zeki Turedi during his keynote at IP Expo

"The breakout time is how long on average it takes for one machine to be taken over by a threat actor and then move on to other machines," he said. "The reason why it is important is that when a threat actor is on one machine, that's an incident. When they start moving across to get credentials, that is when an incident turns into a breach.

An uncomfortable fact of modern life is that data breaches are happening. In the last couple of years alone we have seen popular websites like Facebook breached, transport services like British Airways hacked and even organisations like the NHS suffering attacks such as WannaCry.